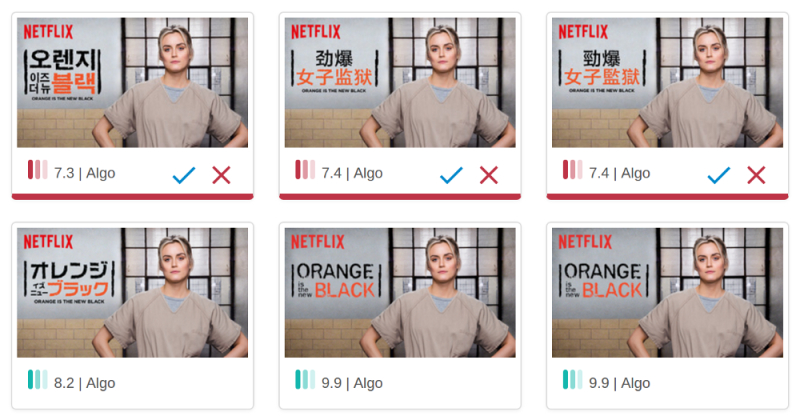 9. Will an algorithm steal my design job? Some of it, yes. Like coding two decades ago, understanding algos, how they work and what they’re good at is crucial for designers. To get you started Yury Vetrov has made a handy list of articles covering which design tasks they are already being used for and it’s easy to work out which bits they are better at than designers.
This is a must read algorithms.design
10. In case you missed this. Someone hacked the digital OOH at Union Station and put porn on it. But the most interesting bit of this story is a witness who when interviewed "spoke on the condition of anonymity because she did not want an article about porn to come up when people Google her name”. A reminder that designing for privacy is crucial skill - IF are doing great work on this (mentioned in design research urls para 3) and we’ve started discussing it at Co-op Digital.
PornHub played on the big screen at Union Station (SFW)
11. The story is a year old but Google has closed Google code. Is GitHub the last piece of the tech jigsaw not owned by Amazon or Google? Would owning the world’s code would be a valuable asset?
Google and Amazon are now regularly and publicly shutting things down. Amazon in particular are getting very good at failing. Just another of the skills older “legacy” organisations seem to find impossible to master.
12. This is worth reading on why Amazon’s management structure and style sets it up for success as much as it’s technology. The ruthless operation of management as API. This feels like a future skill, so where is the MBA or HBR book that covers this? (Something longer than a medium post.)
Why Amazon is eating the world
13. At a dinner with some product design luminaries a few weeks ago, many felt that Jony Ive had boxed Apple into a corner design wise. There’s simply nowhere left to go without a major change in direction. And that couldn’t come from him.
With this week’s launch of the $5k iMac Pro and HomePod, I can’t help but feel they’re on to something. And I’m also sure neither Jony nor anyone else at Apple cares less what they think ;) and I’m equally sure lots of those luminaries would like to shine as bright as Jony :)💡
Gruber gets the low down on the Mac Pro
14. Tech is neither good nor bad, just different. This could be a regular feature #neithergoodnorbadjustdifferent In this week’s instalment, because people won’t stop staring at their phones the Dutch put traffic lights on the ground. Neither good nor bad, just different.
The Dutch put traffic lights on the ground.
15. The latest in the regular drumbeat of marketing moving in-house or away from agencies. Adidas annouced they are stopping TV ads. "It's clear that the younger consumer engages with us predominately over the mobile device,” said Chief Executive Kasper Rorsted "Digital engagement is key for us; you don't see any TV advertising anymore."