This does the rounds every few months. Usually sparks a debate about Uber being or not being the new buses. Or something. Everyone gets very angry.

I get angry every time I see it.

I get angry because it’s such a bad piece of communication. 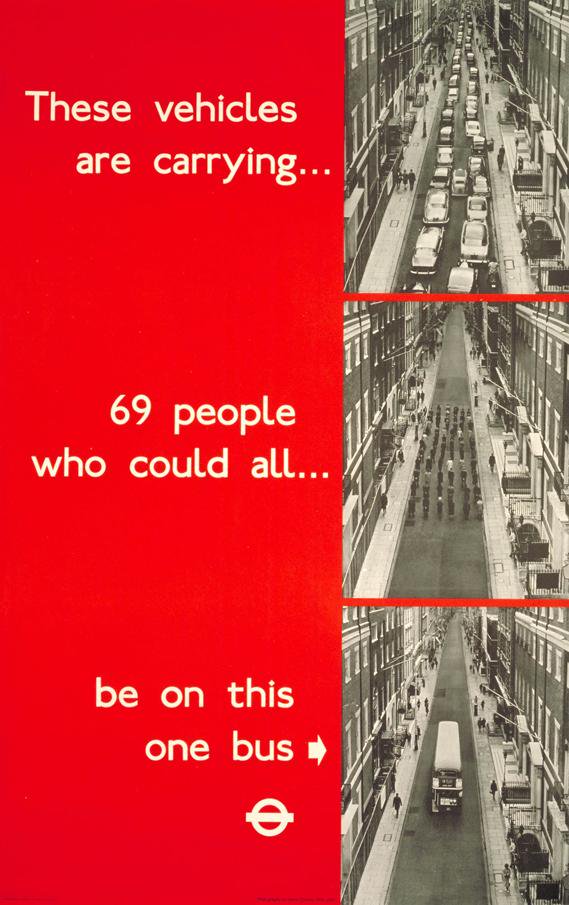 This version from the 60s is a London Underground ad that makes exactly the same point more effectively and more efficiently.

The modern one is so complicated. It adds two modes of transport that you don’t need to make the point.

The 60s one uses 14 words and takes a few seconds to read. The current one uses 33 words and takes 15 seconds before it’s finished playing. I bet most people need to watch it twice to understand it.

Abrams Games used to describe his design philosophy as a combination of image and text that communicates an idea with ‘maximum meaning' using 'minimum means’. The designer of the 60s poster is unattributed, but it does maximum meaning, minimum means really well.

In the era of twitter and dwindling dwell times I’m constantly surprised people don’t focus more energy on making communication simpler and shorter. We’ve had to wait until 2017 for someone to launch a 6 second ad format.