For w+k London's 20th anniversary they had a massive cake made of all their best ads. Utter nonsense. Brilliant. 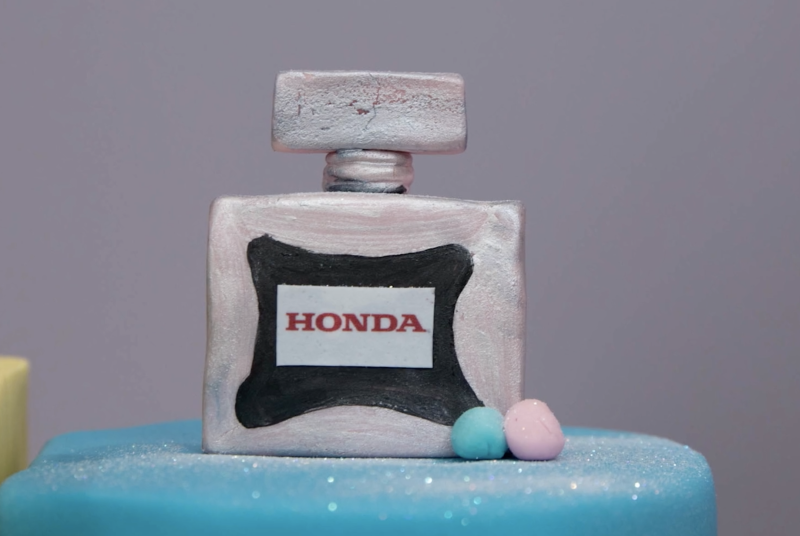 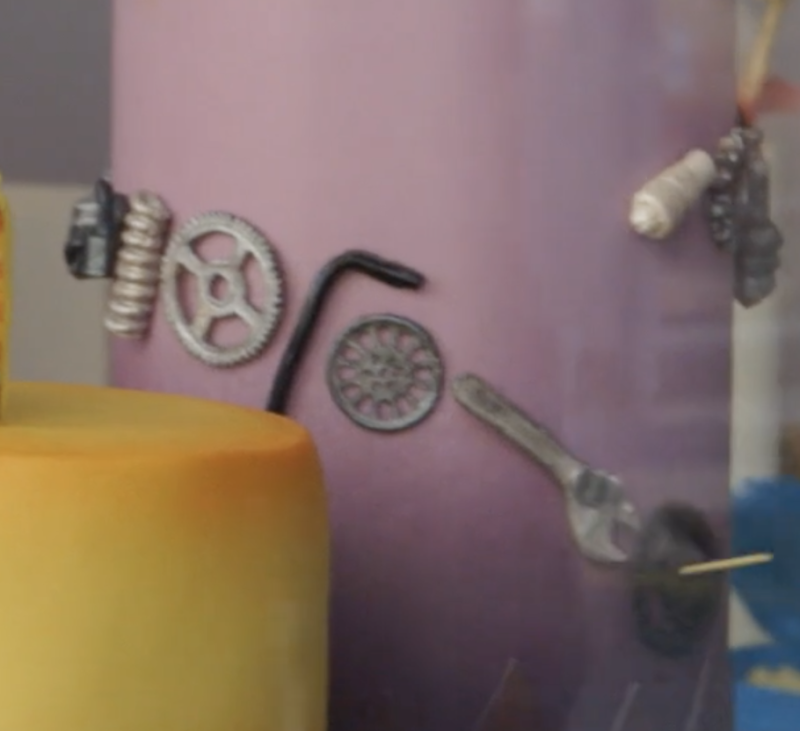 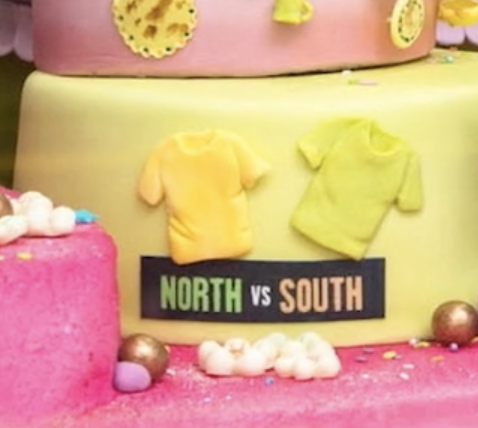 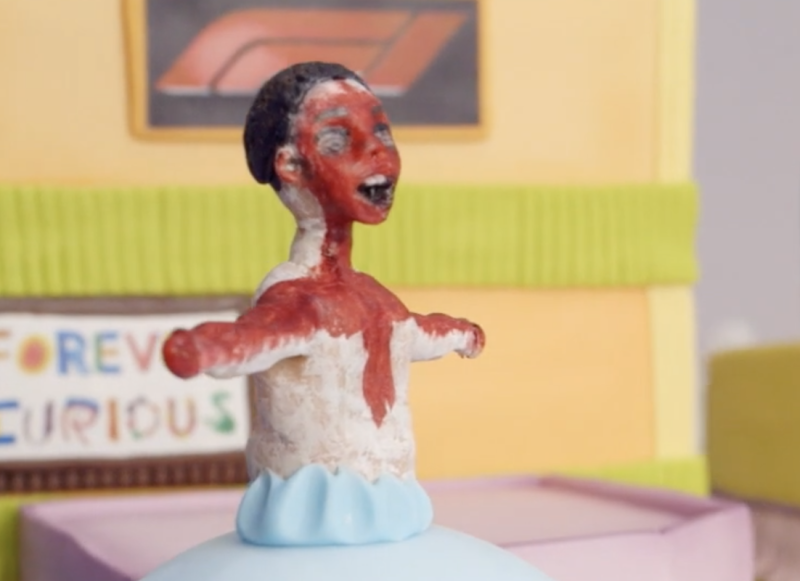 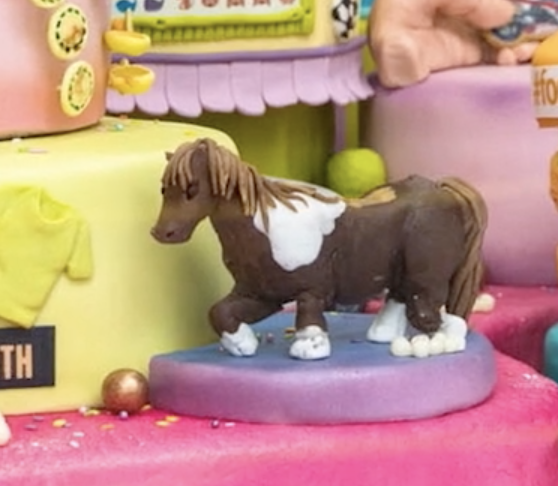 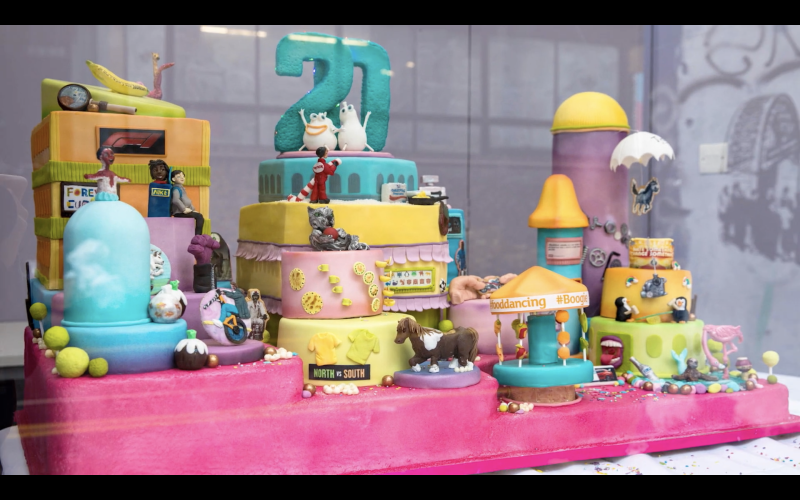 All the news that's fitted to print 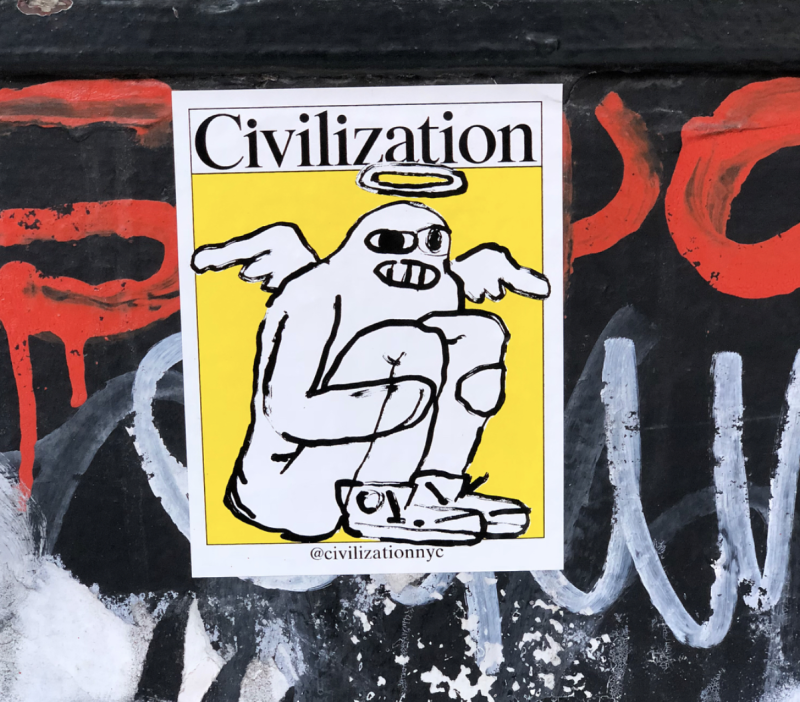 Richard Turley and friends have launched a newspaper in New York. It looks great, you should buy a copy.

But the best bit, the bit that's the most fun and the most clever is this. Genius. 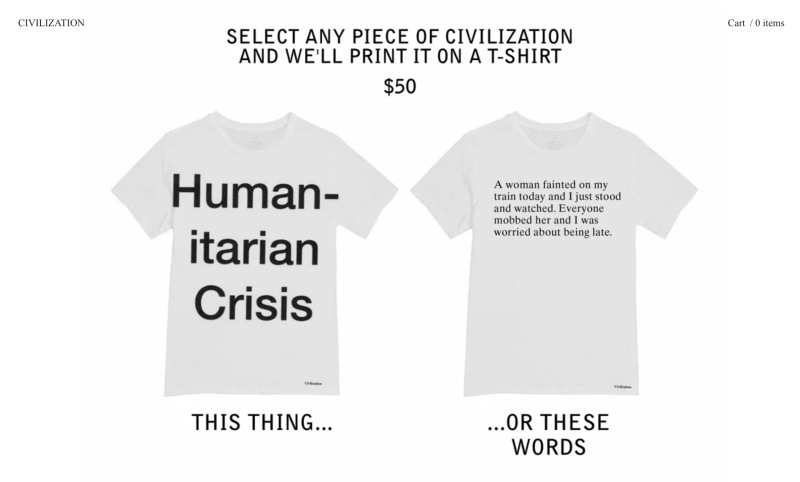 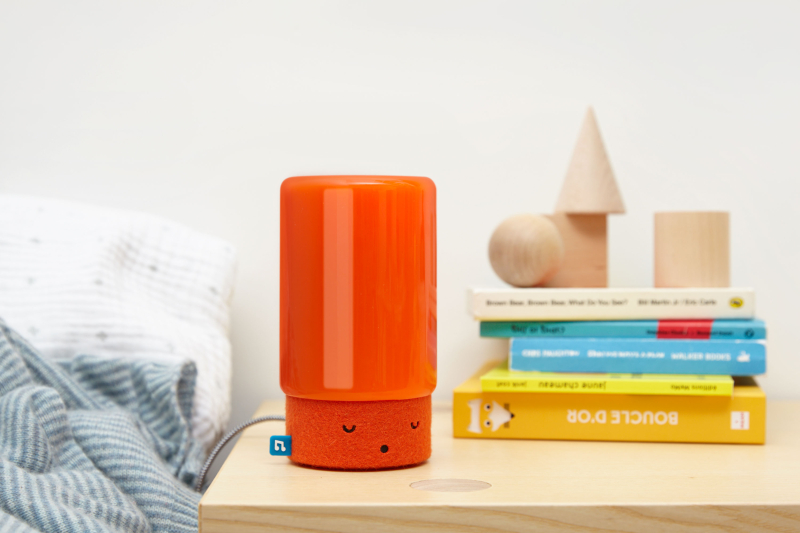 Always a frisson on the forums when Pentagram appoint a new partner. I’m excited by this one, Marshall is exactly who Pentagram should be appointing. The mix of classic product design with a good understanding of technology and designing for different types of connected interaction suits their heritage and future perfectly. Kano and BleepBleeps is exactly what Pentagram should have been doing.

I’m a huge fan of Map Project Studio (founded with Edward Barber and Jay Osgerby) and this must be a big loss for them.

What Jon Marshall joining Pentagram may mean for him, and the studio

After 33 years in charge of WPP Sorrell resigned, technically retired, probably before he was pushed. And that’s not the only similarity with Arsène Wenger.

It’s big moment in advertising and design as well, with many more questions than answers and a lot more to come from this story.

What happens to the consolidation of agencies now? Do the cost savings clients want come from breaking WPP up? What happens to SuperAgency? (see para 45)

WPP bought 43 small agencies last year alone. Lots of founder / entrepreneurs got rich in a tax efficient manner. Writing in the FT John Gapper describes this as essentially tax arbitrage which “paid for a lot of houses, boats and divorces”. But he acknowledges that the model “contributes innovation to the whole.”

There is a ringing endorsement from Justin Cooke who sold to WPP six years ago,

“Sir Martin practically invented the earn-out, turning WPP into a deal machine continuously injecting innovation and fresh thinking into the network as well as giving creative entrepreneurs the ability to realise value from their blood, sweat and tears and, more importantly creating a vibrant eco-system that has ensured that the UK remains at the heart of the creative economy.”

What happens when this merry go round comes to a halt? The FT is betting hard on a big break up with several articles this week. Worth noting that the idea seems to come from analysts with a desire to get in the press rather than anything concrete.

But one analyst says “Just as WPP was constructed so it can be deconstructed, think of WPP as a bank …it’s a financial engineering exercise.”

Is WPP the ad industries Carillion? The finances are nowhere near as bad but are we about to find out how much a financial construct it is versus a creative company?

Wenger and Sorrell show the costs and prizes of leadership longevity

WPP - breaking up is not so hard to do

Last point on this. Sorrell has no non-compete agreement with WPP. (That's the sound of people choking on their earn out deals up and down the land.)

In collaboration with other design firms Foster and Partners released Node, a system to incorporate all the lighting, security, fire prevention and air conditioning services an office needs elegantly. It looks good and flexible. I’m no architect but this looks smart. I had a conversation this week where we wondered why designers are so reluctant to embrace systems. Every big successful design project involves many complex systems. I remarked that Foster + Partners were especially good at this.

66. Reckons on Apple and its cash flow

Scott Galloway (mentioned in para 27) writes that Apple should launch the world’s largest tuition-free university. Everyone has an idea of what Apple should do with all its cash. Maybe they’ll buy WPP.

Apple should open a university that's free for everyone

The state of communications today 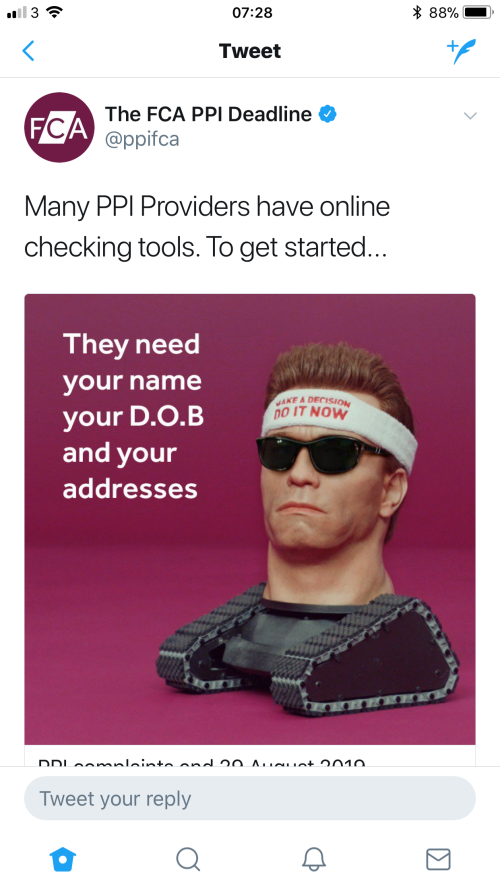 So much of modern communication is like this. Badly written, poorly designed, unclear, confusing, multi-layered ideas that look like phishing.

Here's the rational behind using Arnie, “He’s like a fitness instructor for decision making, he is only a head because he wants people to use theirs, he keeps things ticking because, without him, we put things off, and his job is to drive people to the FCA to make an informed decision.”

Found via an FOI request by Money Marketing.

Good Windows Is as Little Windows as Possible Here’s a picture of the Apple Store in Bluewater, a shopping mall in Kent. It could be any Apple Store anywhere. Notice that it has nothing in the windows.

No marketing collateral, no promotional offers, no posters, no displays, no product, nothing. As far as I’m aware this only changes at Christmas when they have a simple Christmas product display.

There are over 300 shops in Bluewater and the windows of every other store are littered with marketing and special offers.  Admittedly some of the more luxury stores have less stuff in the windows, but they all have something. You can barely see inside some of them.

Apple have the highest sales per sq ft of any retailer. 30% higher than the number two.

Highest sales. Nothing in the windows.

Those sales figures aren’t just down to the windows obviously. That’s down to a mix of product, pricing, atl marketing and other stuff.

But still, you’d think one of the others would have tried the nothing in the windows strategy. 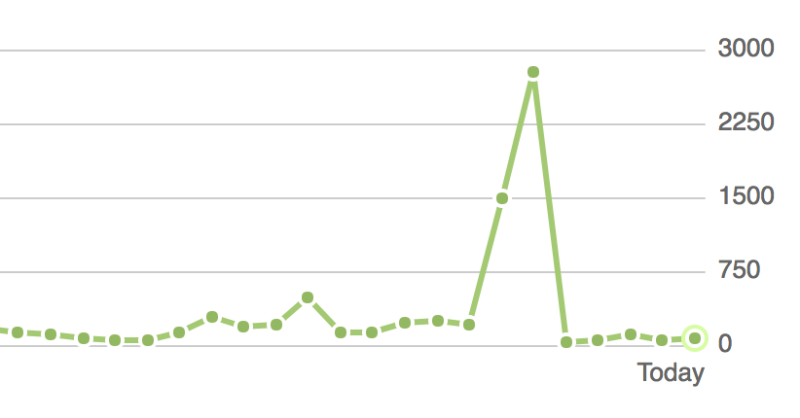 I have absolutely no idea what caused this spike or where these visitors came from, but welcome newcomers! 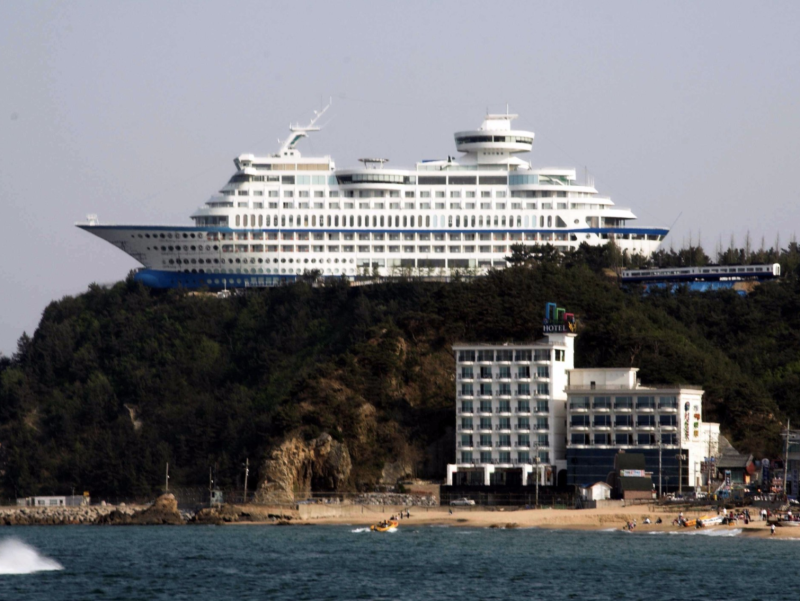 55. Not one mention of London's Ark

But this is still good, 13 stunning buildings that look like boats 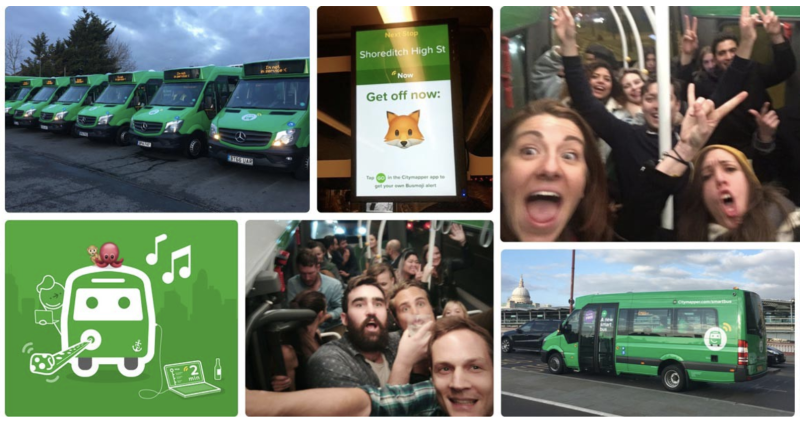 56. Citymapper made a bus but the bus isn’t the important bit, obvs

Citymapper started a bus route age ago. And that's probably a silly idea, but read this blog post about how they did it and marvel at what a small tech company can do. They built a fully functioning end to end transport system. Albeit small and with very carefully controlled conditions. But they built a prototype and tested their riskiest assumptions on real users.

"We built the entire technology stack for a bus, starting in our own office. We built a driver app, a smart display, tracking software, scheduling systems, control systems, even strange flashing headsigns.

We have been able to run our buses smoothly. We made software updates, even during live operations. We provided accurate realtime data in our app, as well as supporting open data.

All at a fraction of the cost of what traditional bus systems do.”

The agility needed to do this is the huge advantage Citymapper has. Forget the bus, it’s not about the bus. It’s about the agility.

If you are a legacy organisation this is the problem, over time you’ve lost agility. And now all you have left is, what? Connections, relationships? Customer loyalty? Brand? I think we’re starting to find out those things don’t count for much.

What happens when an app company runs a bus

I might start a new section just on Threads. Here’s three good ones from the last few weeks.

A rare of example of the internet still being brilliant. 6 Music asks what’s the strongest run of three songs in a row on an album? Thread 👇here, easier to read summary here.

58. A negative New Yorker article on Heatherwick’s new project The Vessel, in Hudson Yards. The article features artwork by Christoph Niemann who I love but it’s a 10MB page, that took 59 seconds to load which I didn’t love.

There’s a lot more negative press for Heatherwick these days. For my money there is still more in the positive column than the negative column.

59. Street signs counting the amount of cyclists going past

Would love to see more of this. Harmless (?) data used in simple ways with low risk (so what if everyone ignores it) but potentially high reward (better public health). Better than putting ads on every screen.

Street signs counting the amount of cyclists going past

60. Brand = margin, therefore Bezos is going after brands. As I’ve mentioned before we are starting to discover the true value of “brand”. 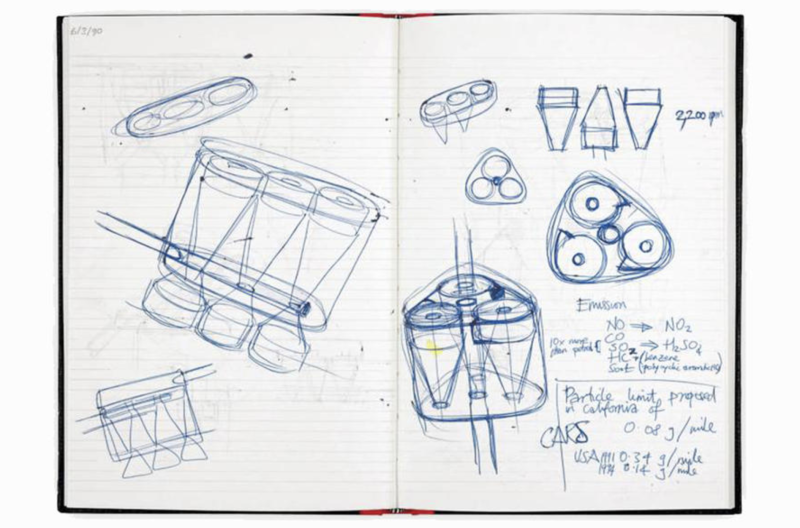 Sketch from this Autocar article, not clear who drew it

61. And here’s the perfect example, the Dyson car.

Dyson should be good at this. Already good at batteries, good at engineering, good at innovation, good at supply chain. But who wants a car from a hoover company? Would you buy a Hoover car? Would you buy a hoover from Vauxhall? Does anyone care anymore?

Remember LoveMarks? (Remember Kevin Roberts?) We’re about to find out the true value of "brand" and it’s going to be brutal.

Dyson bets on electric cars to shake up industry 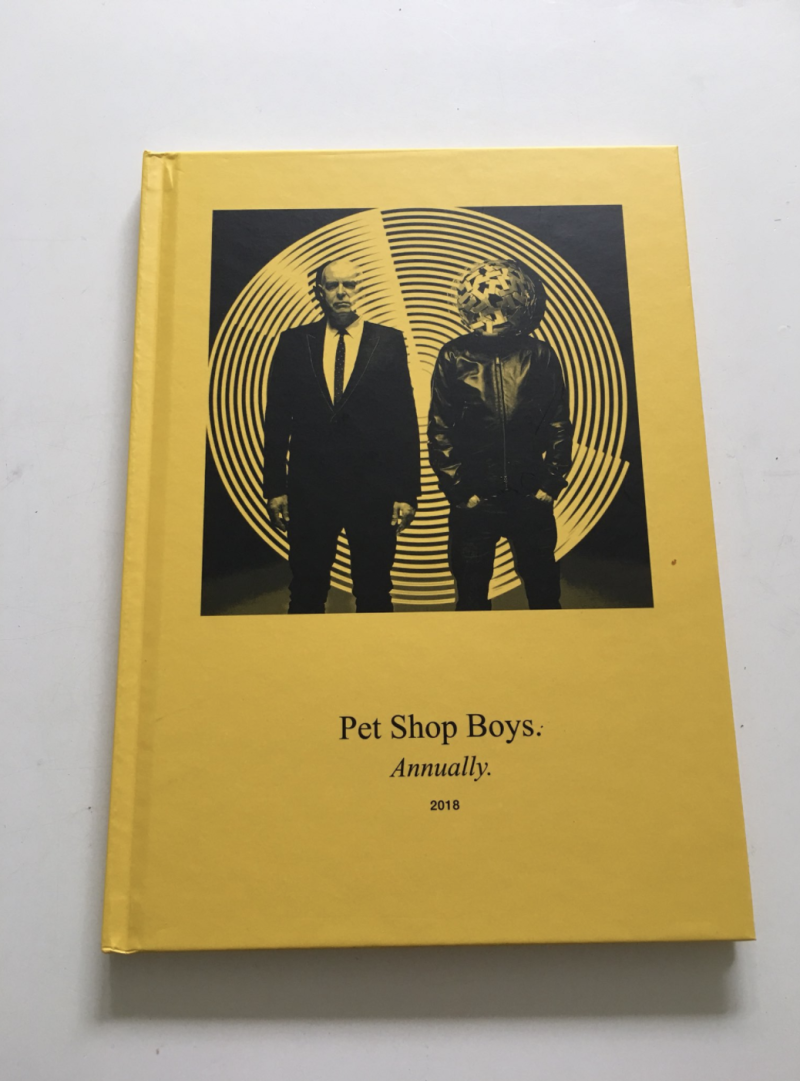 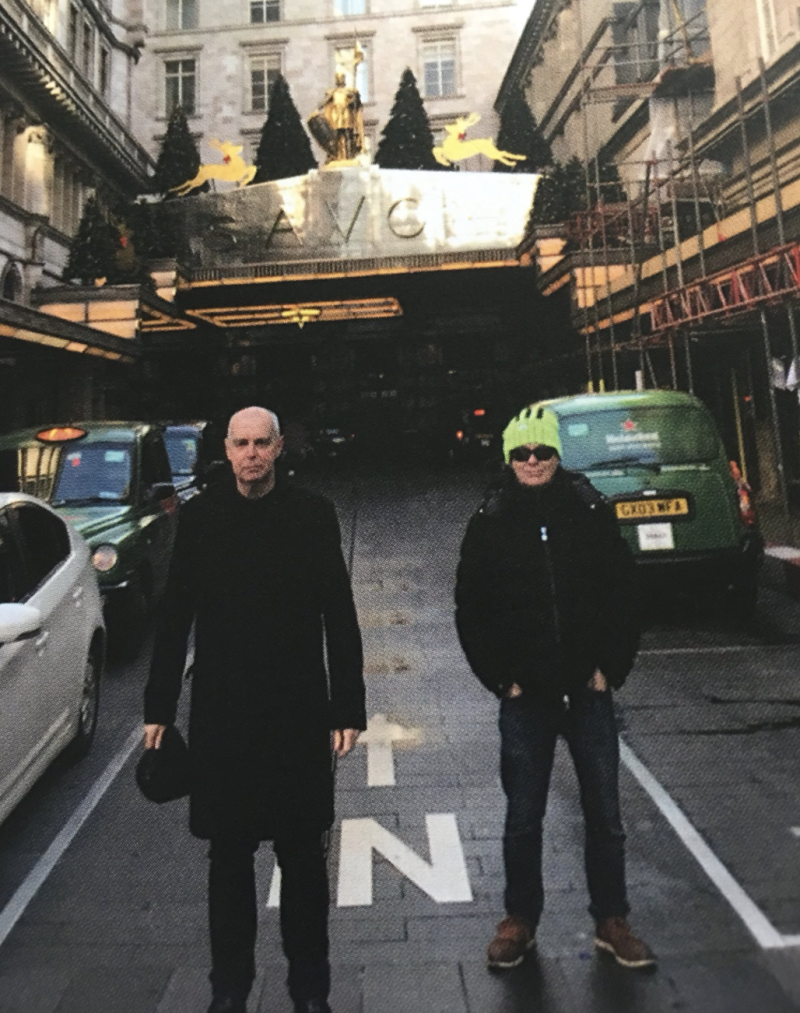 I discovered recently that the Pet Shop Boys have published their own magazine, Literally, since 1989 and last year announced it would become an annual publication. Literally becomes Annually. So good.

The Design Museum’s Hope to Nope is good, you should go

I went to the Design Museum’s Hope to Nope exhibition at the weekend. It was good, I enjoyed it, Russell you should go and then you can look at the screens and the Ferrari exhibition.

More about the screens later. 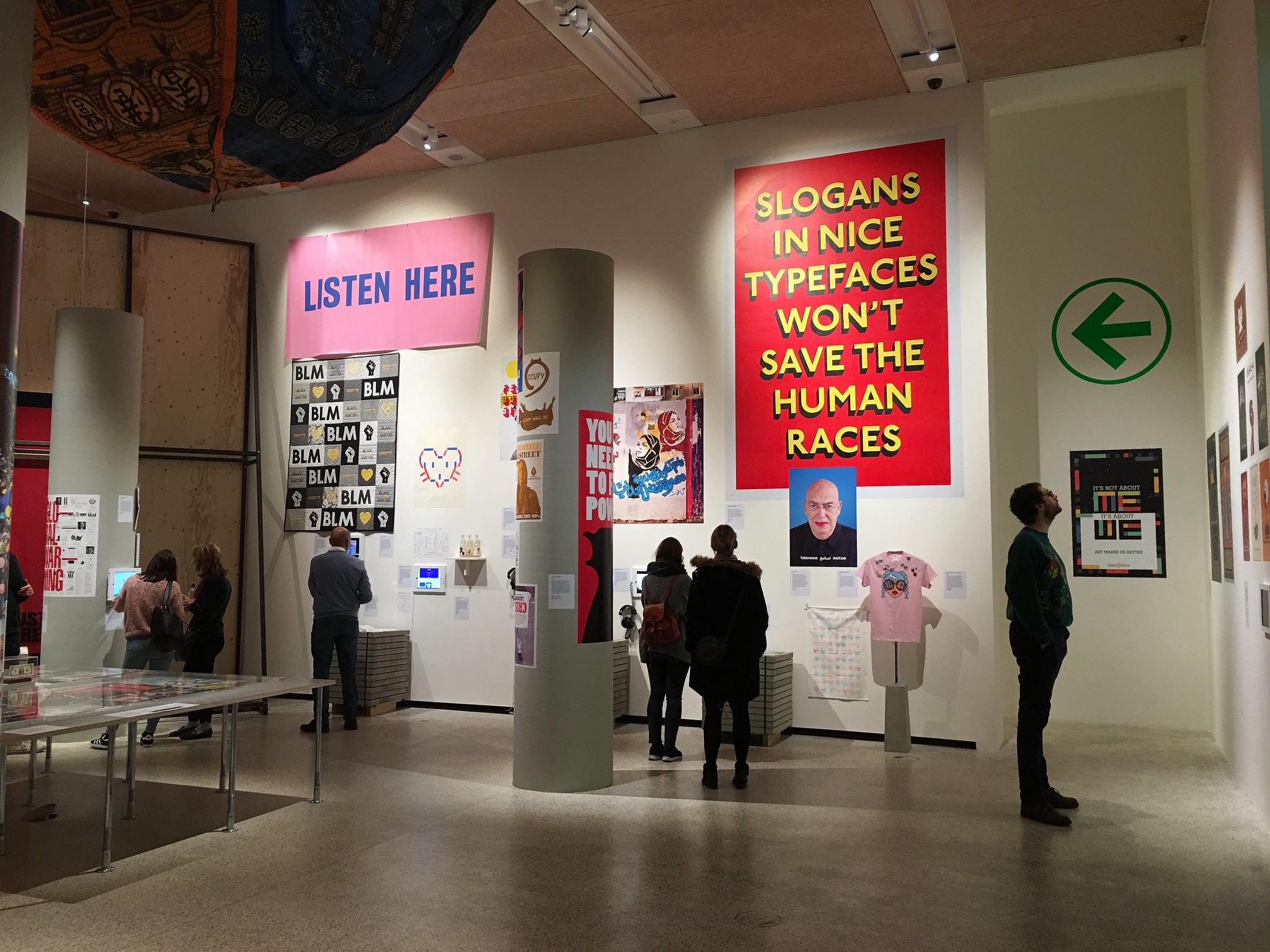 Hope to Nope only covers 2008 to 2018. This is smart. It makes the exhibition simpler and more focused. It’s a raw exhibition, it feels immediate and that suits the subject matter. Upfront it states that the world has been a more unstable place since the banking crisis.

I’m sure someone will tell that they’ve missed a certain movement in a certain country – but it seemed a good selection to me. From obvious things where design would normally play a part like Trump to less obvious ones like Catalonia, Turkey and Grenfell. 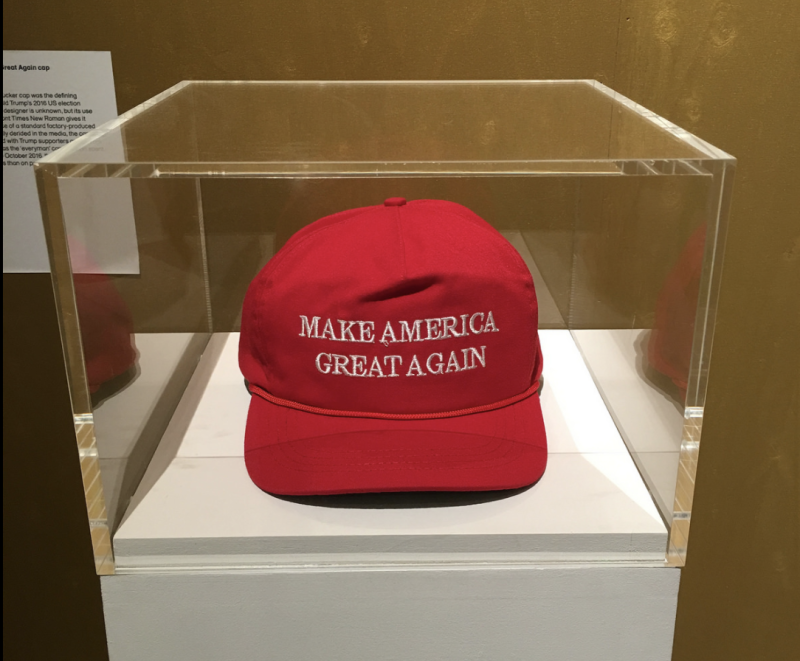 There’s a nice moment where they show the Hillary logo by Michael Bierut and the Remain campaign by North and acknowledge that while they are successful graphic designs the established nature of the design (and designers) has contributed to the ultimate failure of the campaign. That’s an awareness that design exhibitions often lack. 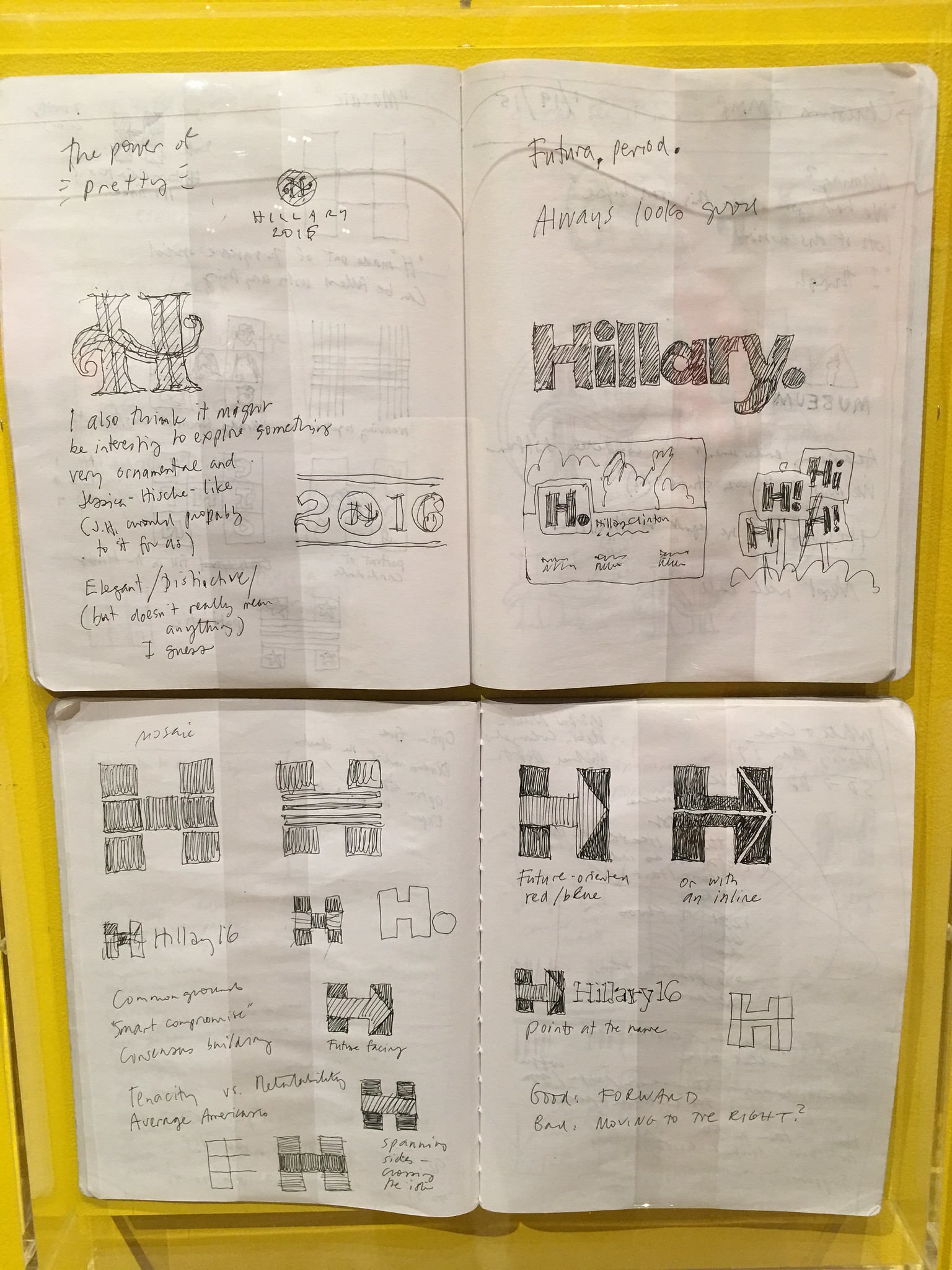 Here’s the thing that really surprised me. It was an exhibition that featured screens and the museum didn’t mess it up. They all worked, no A4 notices. It even added to the exhibits.

The Ferrari exhibition is decent too. A few more pics here and some Ferrari ones here. 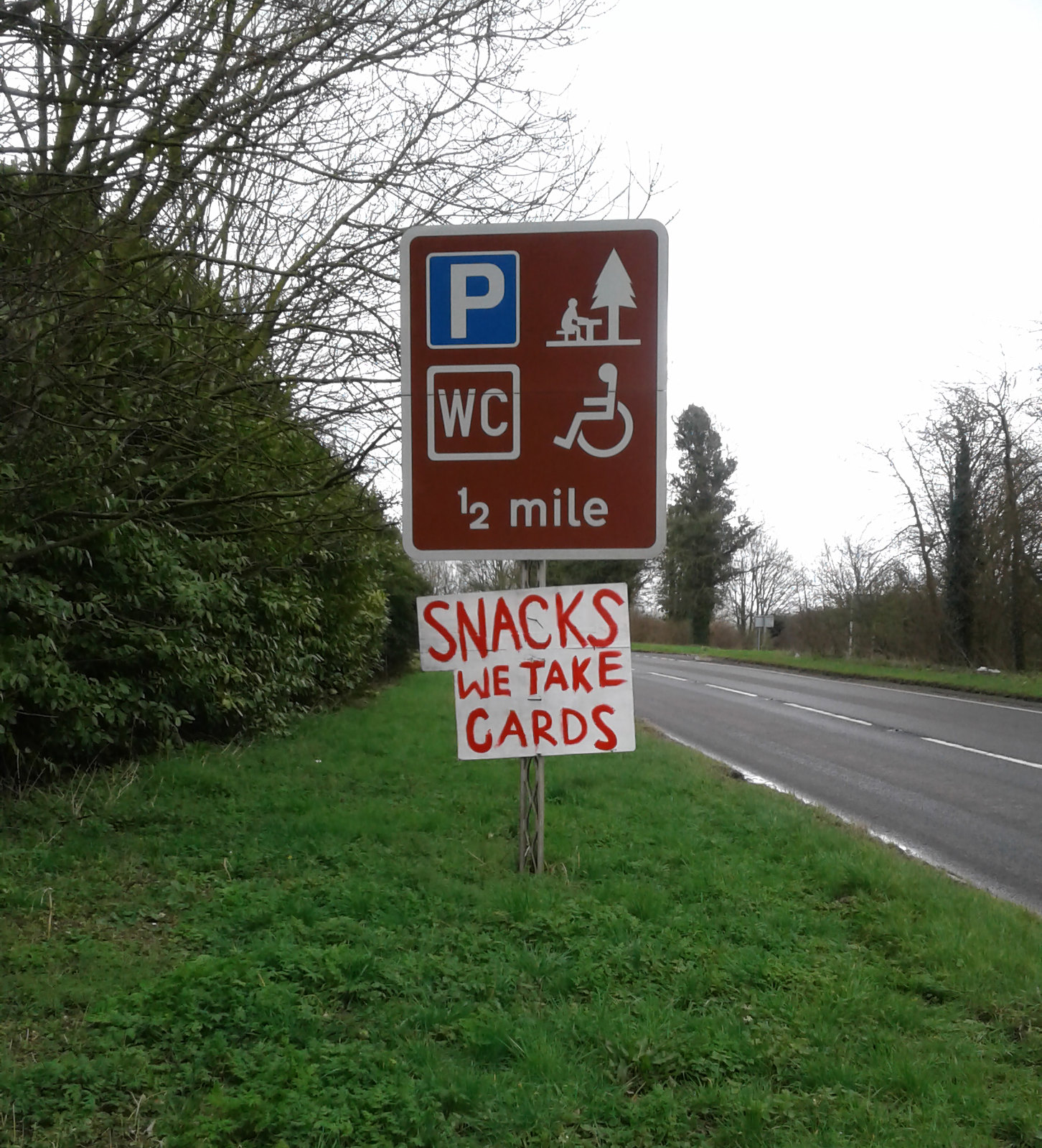