The beermat in its next largest context 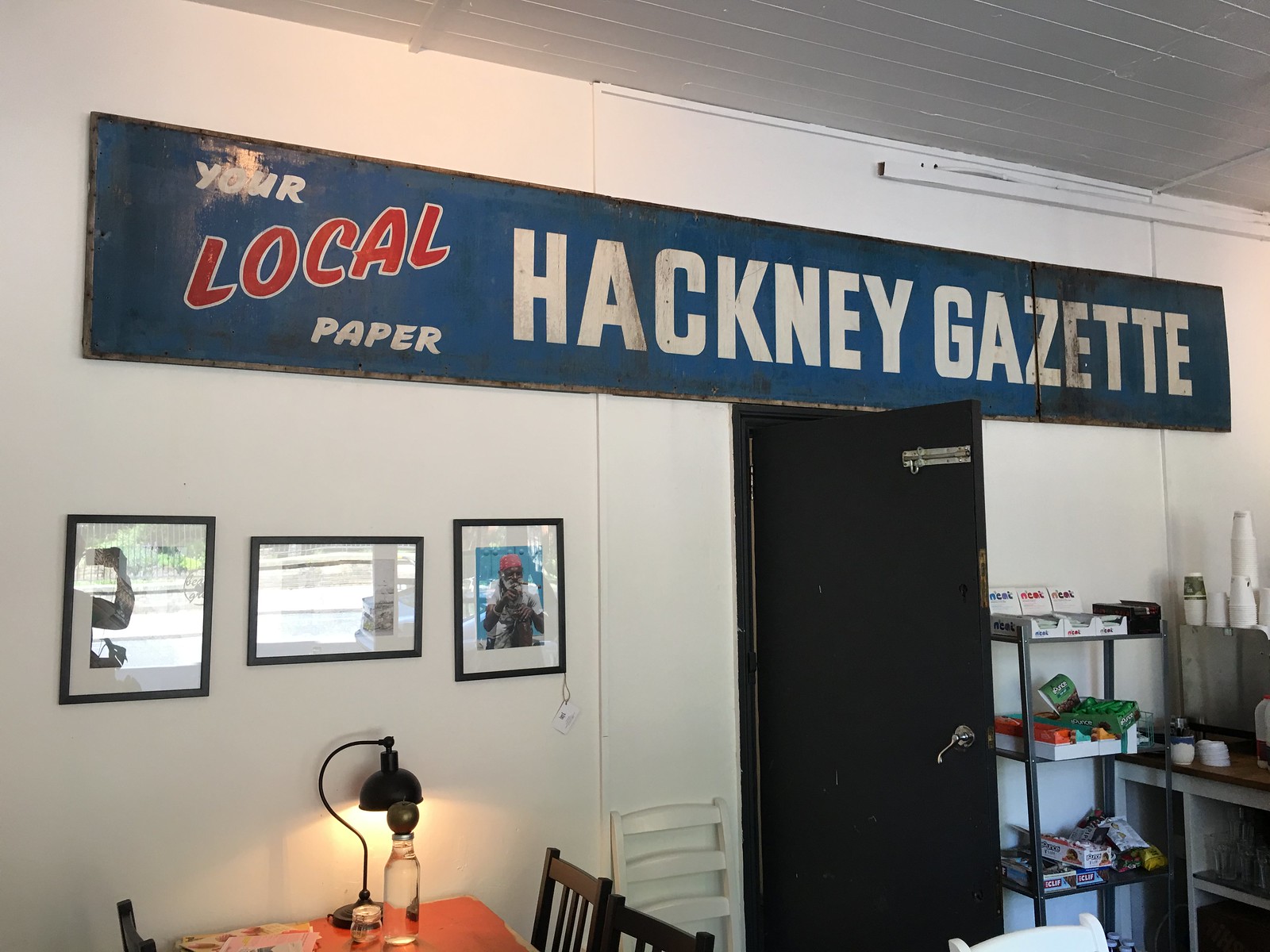 This is a wonderful sign. It's in a cafe called Beans love Greens on Calvert Ave in Shoreditch. The simplicity of the 'strapline' is nice and I guess it was once above a newsagent in Hackney. These days I'm sceptical that these metal signs are real. I think it is, I hope it is.

I've been listening to old Desert Island Discs recently, the other day it was Tim Martin the founder of Wetherspoons pubs. Surprisingly he talked about design quite a bit. He didn't actually talk about Design of course, but things that influence and affect the design of his pubs.

He tries to visit a minimum of 15 pubs every week. He always parks at least 10 minutes away and walks to the pub. He likes to get a feel for the town that the pub is situated in. How the pub should feel in that town. I'm reminded of the Saarinen's advice, "Always design a thing by considering it in its next largest context".

I've always thought lots of Wetherspoons pubs have quite different and location sensitive design. Not all of them, but enough to make me think about writing a blog post in the past. This will have to do now.

When I was at the Co-op, one of the smartest decisions we made was to make the first choice shop fascia, no fascia. So when the sign fitter turns up to fit a refurb, the priority option is to put the logo directly onto the building. There are many examples where this wouldn't work and many good reasons why you wouldn't do this, but making it the first choice makes everyone stop and think about it.  There are too many brightly coloured plastic fascias creating an aggressive tone to the high street but this small decision has resulted in some lovely sympathetic shop fronts. 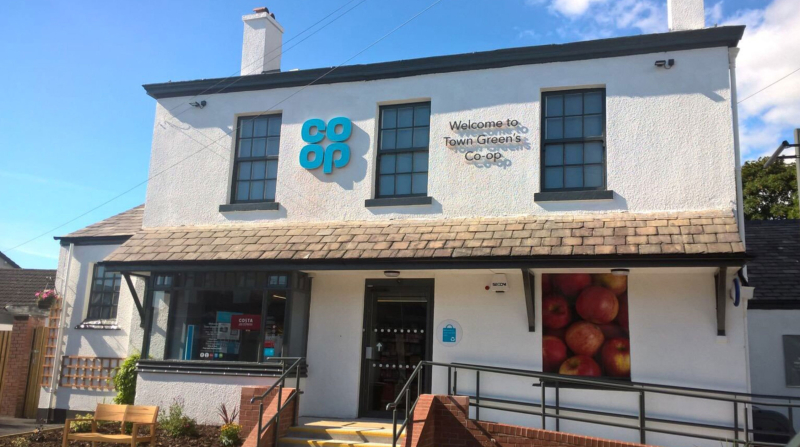 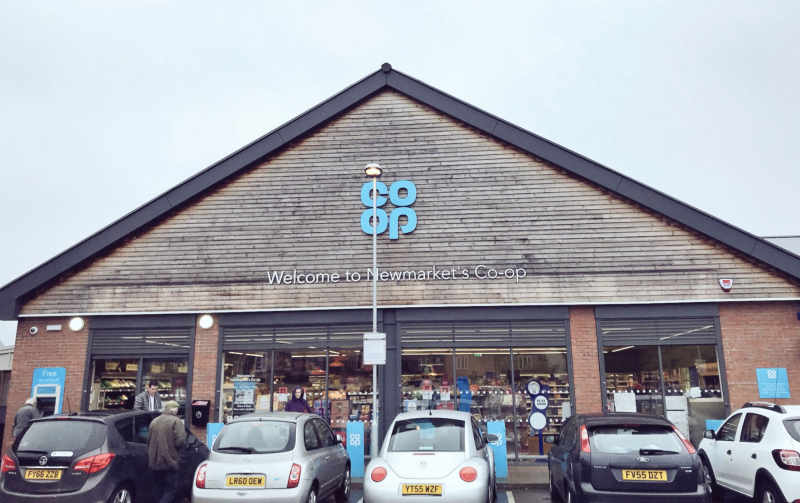 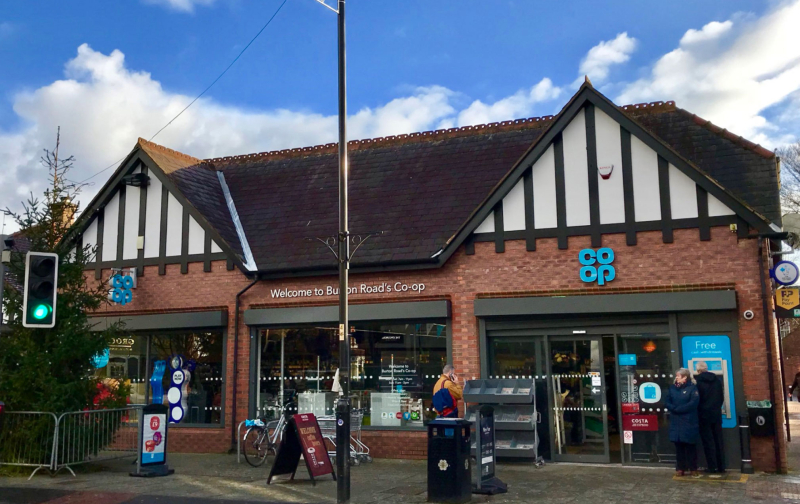 Tim Martin also talks about how he's pro Brexit. During the referendum campaign he printed pro-Leave beer mats and put them in all his pubs. Obviously – that's exactly what you would do if you were an anti-EU billionaire who owned over 1,000 pubs. "Always design a thing by considering it in its next larger context". The beermat, in the pub, in the town...

I bet that was more persuasive than anything the Remain campaign did.

Anyway. I hope that Hackney sign is real. I think it is. 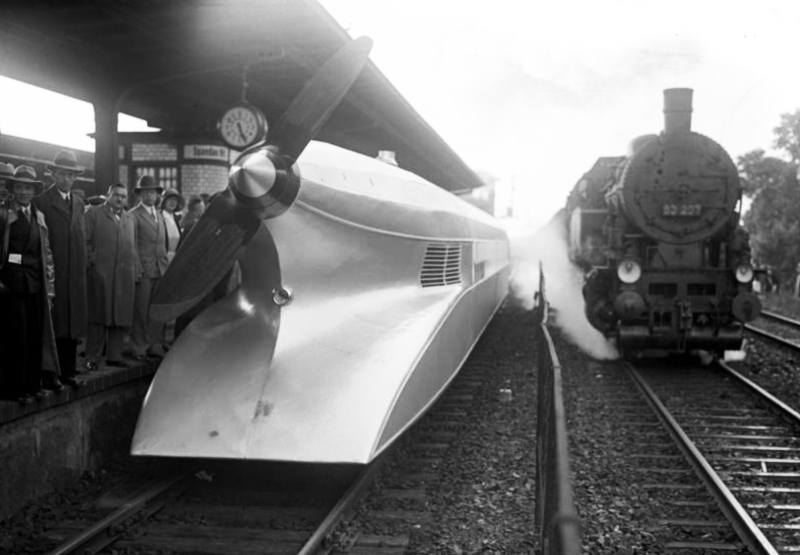 68. This is a train that looks like a plane.

The Schienenzeppelin or rail zeppelin.

69. A lesson in non-compete agreements

Martin Sorrell has vowed to “start again”, weeks after his departure from WPP. A few weeks ago (para 64) it was revealed he had no non-compete clause in his exit agreement, unlike everyone else who’s ever done a deal with WPP.

What will he do next? From the FT article, “Leaving WPP had given him a better perspective on which parts of the industry were growing and adapting and which were held back by the “warts and problems that legacy companies have”, Sir Martin said, noting that countless clients had asked him “what is the new agency model”.”

He’s been gone 25 days. Very quick to find that perspective.

He goes on, “That model would be “more agile, more responsive, less layered, less bureaucratic, less heavy” than traditional advertising companies, he said, with a focus on technology, data and content.”

Begs the question why he didn’t think this before. (He sort of did and the share price does funny things to your perspective.) But the whole episode begs question after question. Much more to come on this I think.

Martin Sorrell free to compete with WPP after exit

Jony says all the Jony things in very Jony ways. The watch journalist thinks Apple have changed the way we think about watches (and time obvs) forever, just like the iPod changed music. I hadn’t thought about that before. But he could be right given Apple’s scale. I don’t have an Apple Watch but I have a Garmin and the notifications feels totally normal now. Worth a longer blog perhaps

71. 20 years since Apple unveiled the iMac

Tim Cook tweets the presentation. As ever Job’s enthusiasm is infectious.

20 years ago, the iMac changed the world

A bit like BookStart from New Labour but backed by evil capitalism. Or something. All the usuals up in arms. I’m going to list the four easy learnings from this:

a) once you have all the platforms (identity, payments, relationships with booksellers, familiar e-commerce patterns, delivery system etc) it’s very easy to spin up a new idea.

b) Anything that can be (or could be) delivered to your door in a cardboard box is super easy for Amazon. If this is your business, be aware.

c) Subscription models for the business model win. At the moment.

Amazon is launching a $23 subscription book box for kids