Half and Half Art - Summer Exhibition 2018 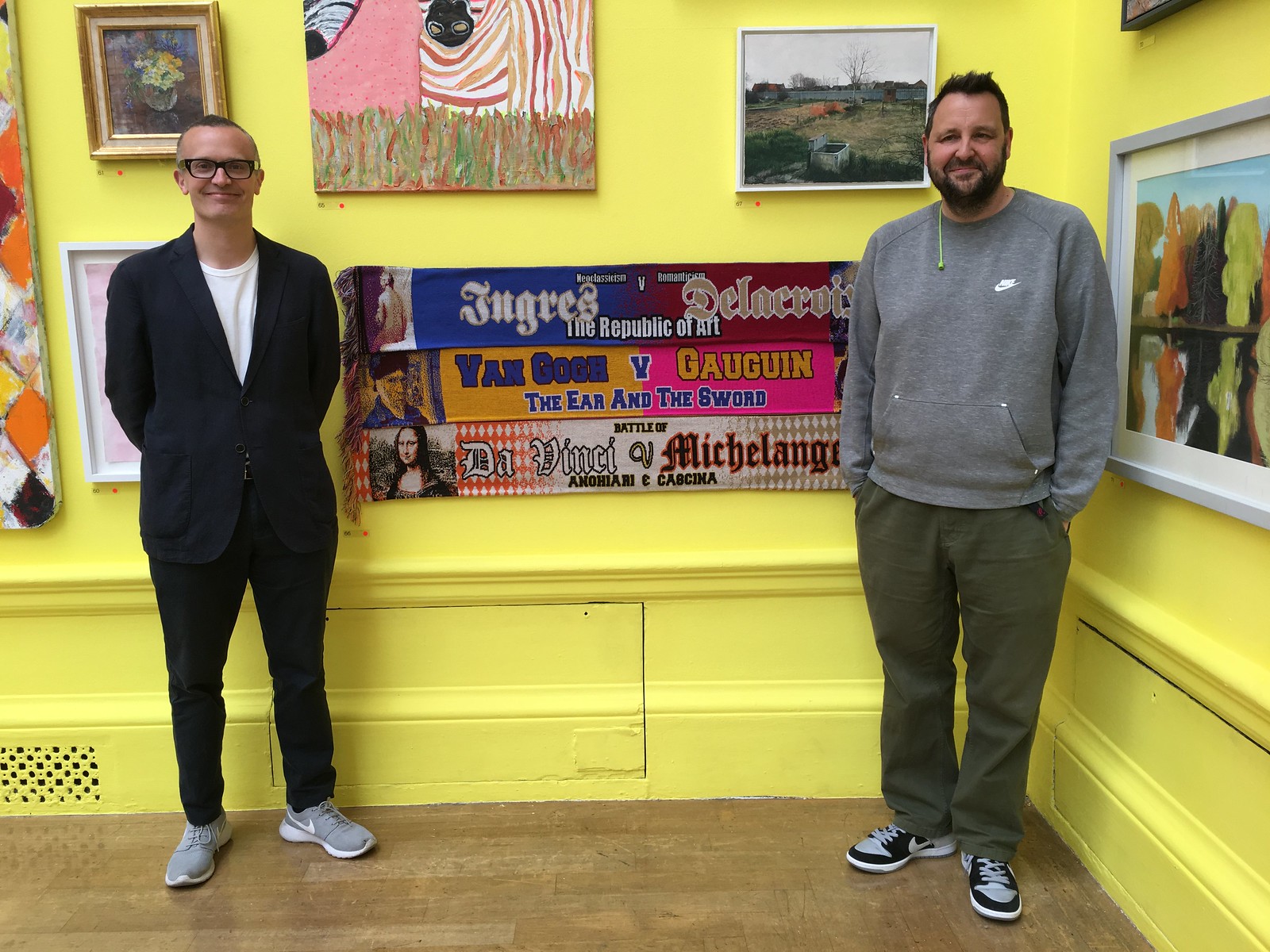 Russell and I have made it into the Royal Academy's Summer Exhibition this year.

Half and half scarves are a modern phenomenon. Football scarves normally show your allegiance for your team, but the half and half scarf is more like a tourist souvenir. You're going to watch Man United vs Man City game, two globally famous teams, and you would like a memento of that. But to a Man United or Man City fan it is incomprehensible that you would have the other team on the scarf. “Real” football fans hate them, but we decided to have some fun with the concept and commemorate other conflicts.

We decided to start with art conflicts, since we were aiming at the Royal Academy Summer Exhibition, and came up with three ideas. We did some typing on the internet and found a place that could make them. Then we nailed them to some boards, paid our £35, and entered them for the show.

And we got in!
The 'actual work' has sold but if you'd like to buy an individual scarf (cheaper and more practical than the 'actual work') just like one of the ones from the show go to www.halfandhalfart.com to do so.