10 years ago as-near-as-is-good-enough-for-blogging I visited the Unpackaged store in Islington.

I wrote a glowing review. I was very taken with the concept and the store. 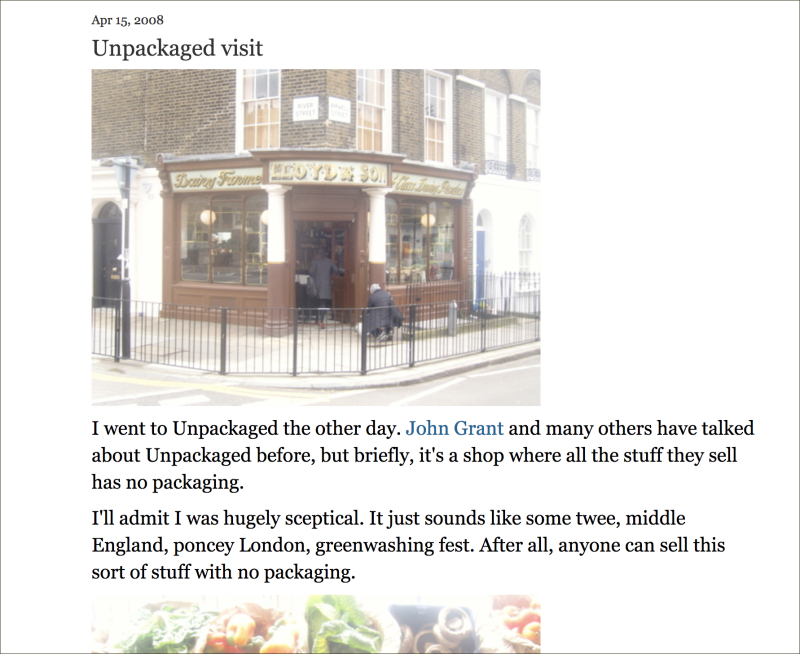 It looked like this. More pictures here on Flickr which everyone used then because it was two months before Butterfield quit with an epic resignation letter. 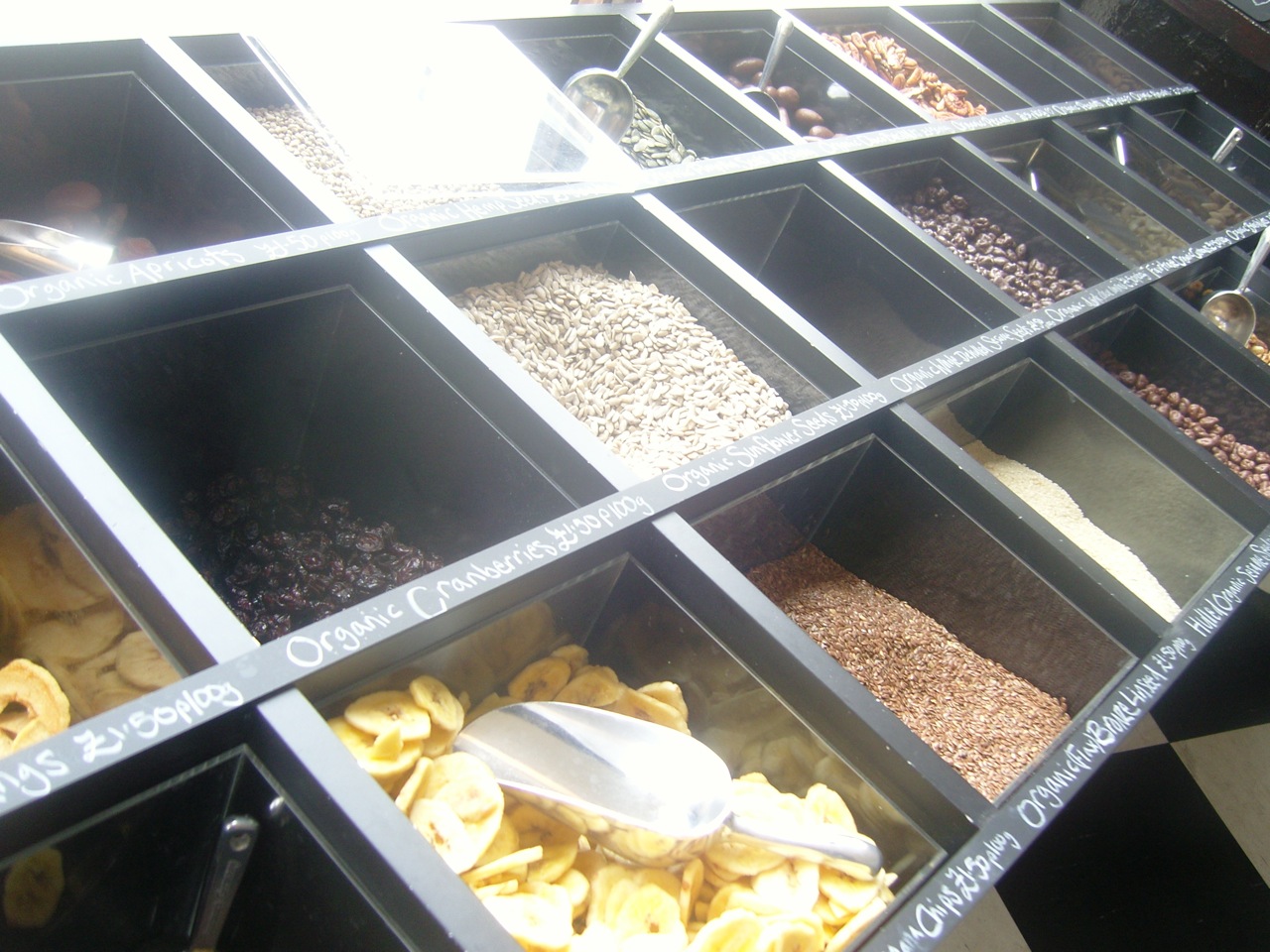 2008 was that golden age when we all blogged about Brands going Green. Jones invented the term Unproduct, Russell blogged diligently and I created a media storm in Design Week which now 404s. You get the idea here. Good times.

The other day I went into a Planet Organic and I saw this. 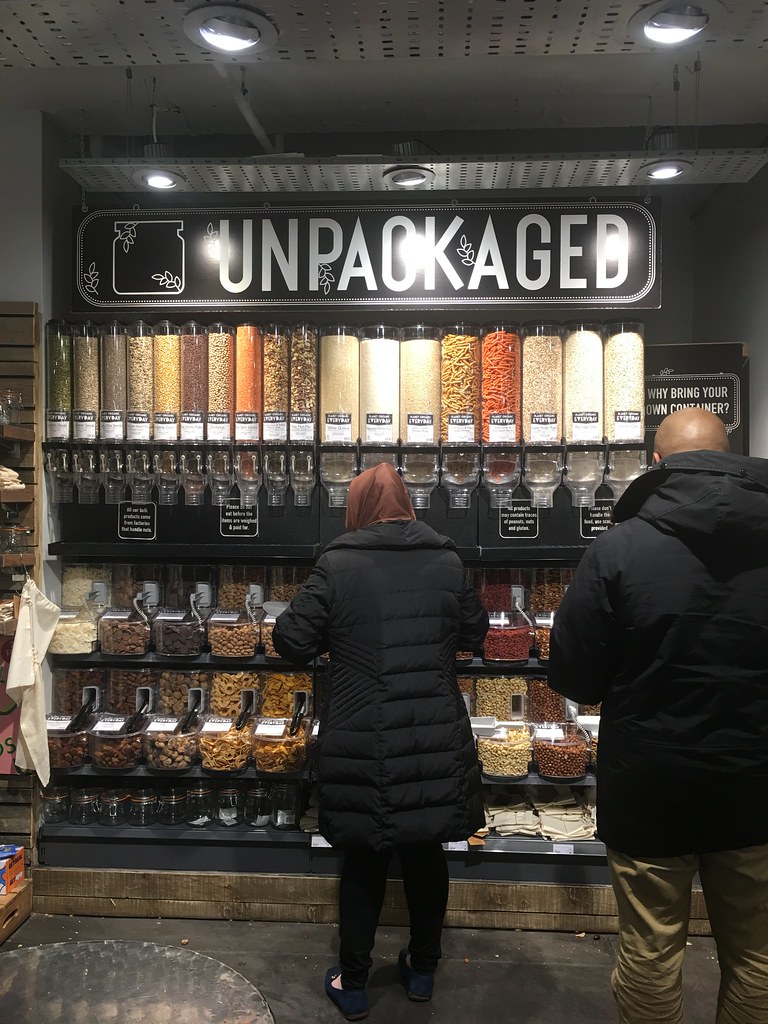 I wondered if it was the same Unpackaged. It is. Hurrah! Their story has taken all kinds of twists and turns since 2008. They opened a cafe, another cafe, a bar, a different shop and a restaurant. Closed all that. And now have concessions in three Planet Organics.

Which got me thinking, in many ways this is better than opening a shop themselves. Is it similar to supermarkets stocking Fairtrade? Which always seems to be the best example of Doing Good at the High Street Scale of things. Which feels important. Good is good, but it's better when it's at a mass market scale even if it's a little bit less good.

Are there any other examples of this?

High Street brands are always trying lots of innovation when it always seems like a better idea to find something good and help make that bigger. Which sort of reminds me of this bit of the GDS Design Principles,

"Government should only do what only government can do. If we’ve found a way of doing something that works, we should make it reusable and shareable instead of reinventing the wheel every time. This means building platforms and registers others can build upon, providing resources (like APIs) that others can use, and linking to the work of others. We should concentrate on the irreducible core."

RELATED (am I doing this right) 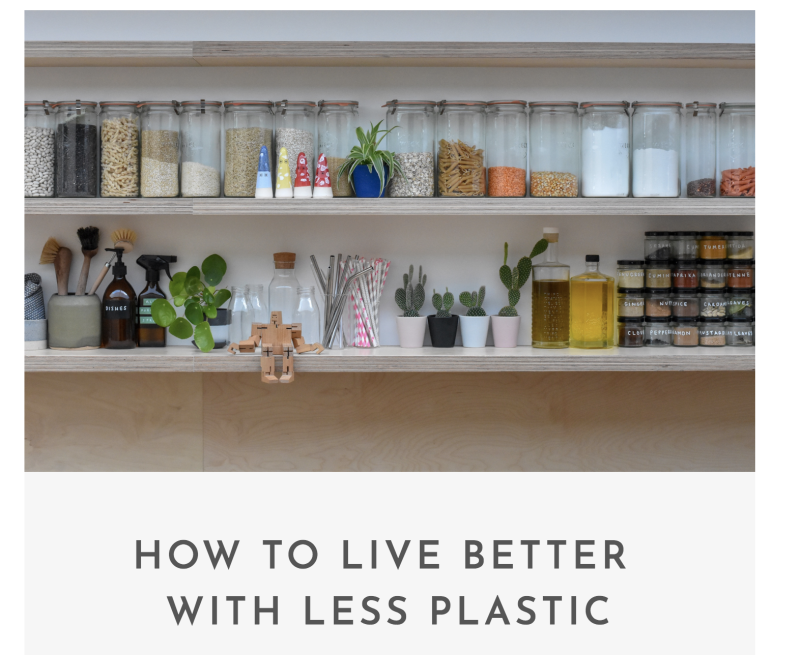