There should be more statues to good sportsmanship 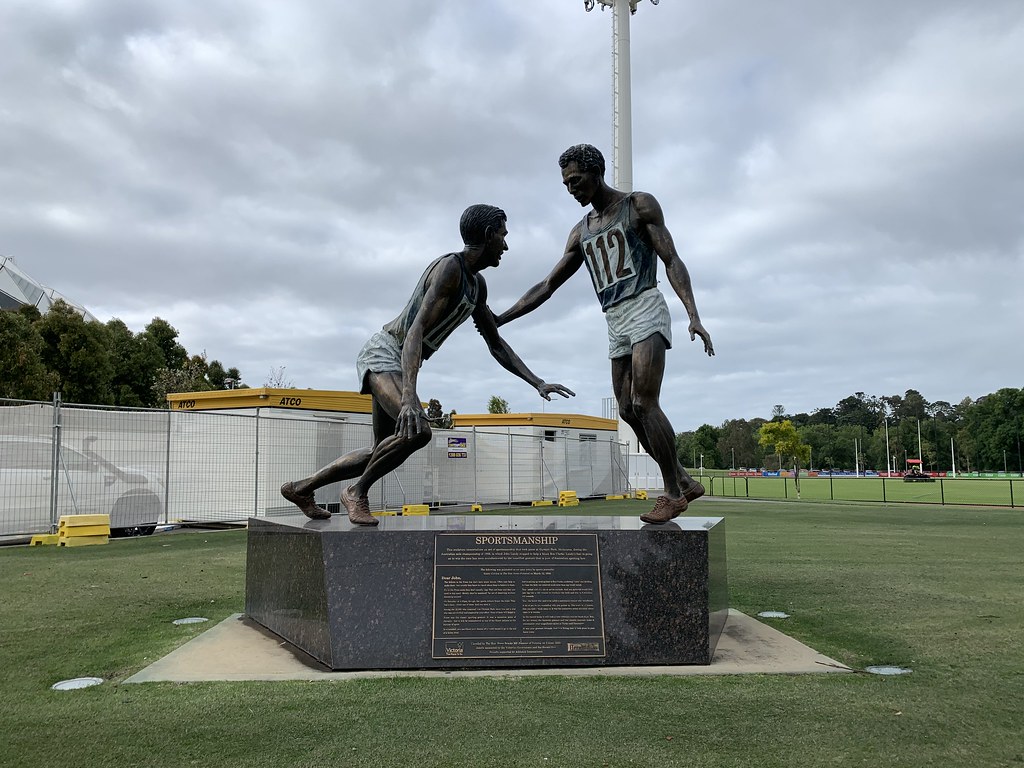 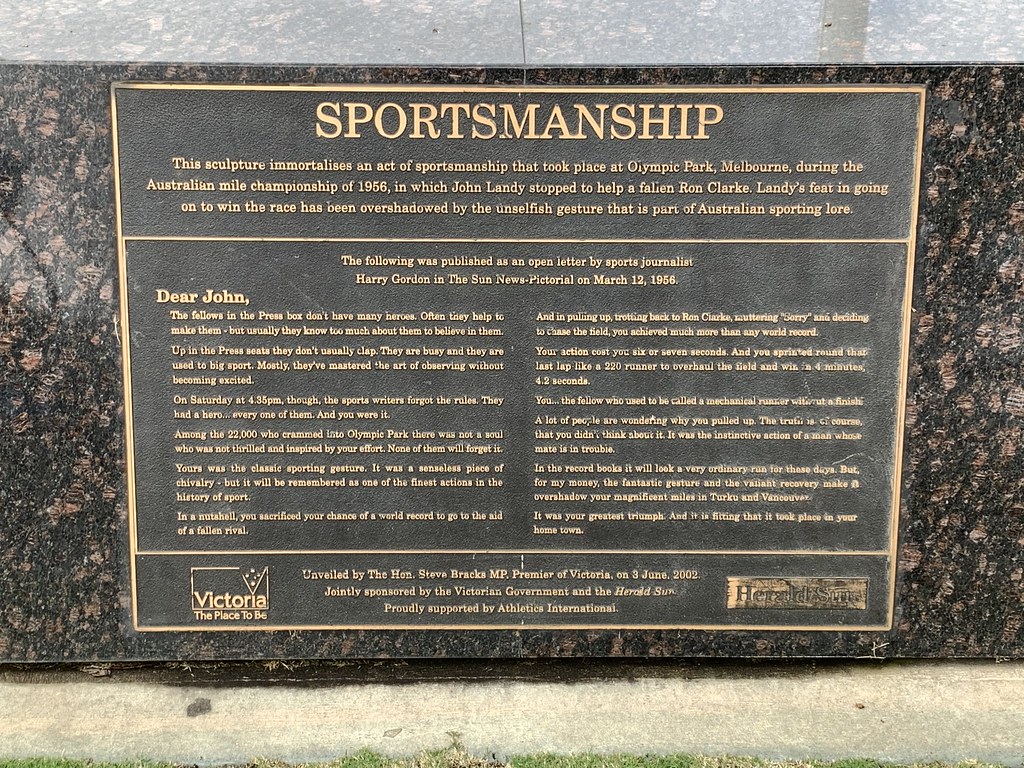 "Landy is remembered for his performance in the one mile final at the 1956 Australian National Championships prior to the Melbourne Olympic Games.

In the race, Landy stopped and doubled back to check on fellow runner Ron Clarke after another runner clipped Clarke's heel, causing him to fall early in the third lap of the race. Clarke, the then-junior mile world record holder, who had been leading the race, got back to his feet and started running again; Landy followed.

Incredibly, in the final two laps Landy made up a large deficit to win the race, something considered one of the greatest moments in Australian sporting history. Said the National Centre for History and Education in Australia, 'It was a spontaneous gesture of sportsmanship and it has never been forgotten.'

Sculptor Mitch Mitchell created a bronze sculpture of the moment when Landy helps Clarke to his feet."