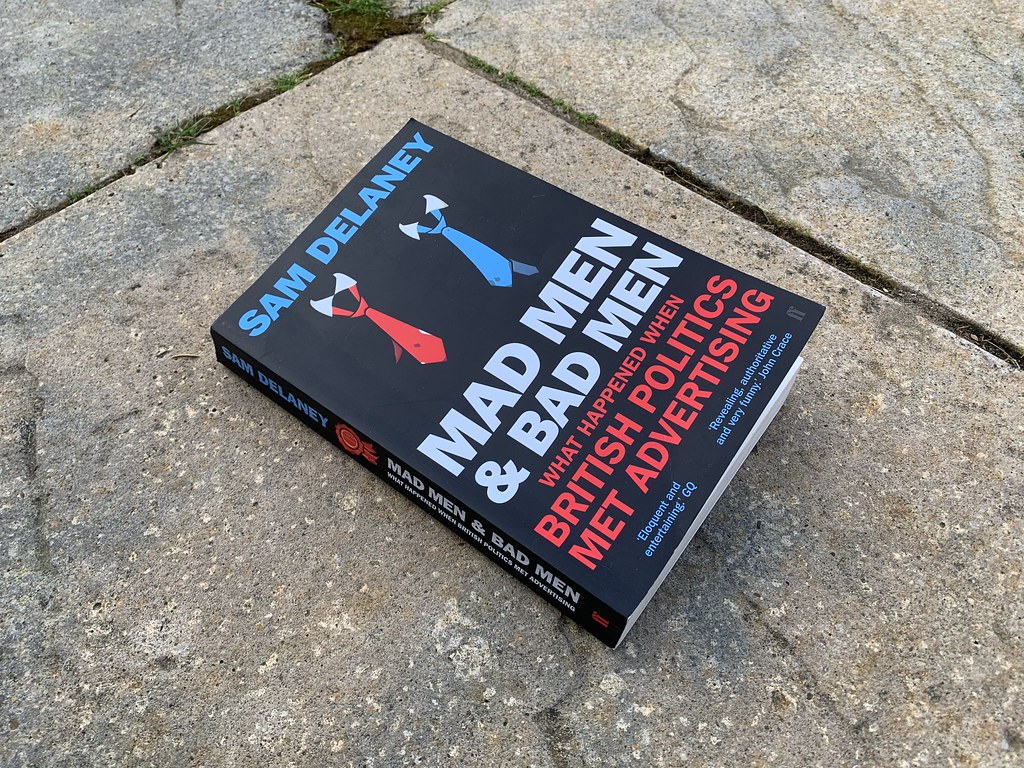 This is a book of frustratingly unresolved thoughts right from the cover. Mad Men is obviously a reference to the HBO tv series about advertising, so what is Bad Men a reference to? Are politicians bad men? Or are the ad men bad men?

Small point because I get that the author is punning Mad Men, but half the book is about the Saatchis and Thatcher who was obviously not a man…

It’s an interesting read but it relies too much on anecdote and the author’s closeness to advertising.

In the blurb it says, "How did a bunch of unelected, unaccountable admen end up running British politics?". That appears to be saying that admen are running the country, yet the book says nothing of the sort.

It tries to make the point that advertising sways elections when all the politicians and all the advertising people say it doesn’t. Admittedly there is some weird double bluffing here especially from the Saatchis who are still keen to promote their client, Thatcher especially, and attribute all electoral success to her and the Conservatives.

Delaney tries to make this point at the end but seems constantly drawn back to the case for advertising.

At best the ads come across as useful artefacts, especially for the media. They give a rich visual image for intangible subjects such as tax policy. Making an ad is also a useful process for making politicians focus on a particular topic. Nothing wrong with that. But not “unaccountable admen end up running British politics”.