Digital services so good people prefer to use them

In the very early days of GDS we used to do lots of presentations to explain the benefits of digital for government. Government is very big (c400,000 people) and there's no easy way to reach them all so we traipsed up and down Whitehall telling the same story again and again.

There was an unspoken assumption that it was OK for government IT to be rubbish because it's government IT. Not only is this lazy and stupid, it's outright harmful because people need government IT more than they need, say, Clubhouse. As Dai said at the time it's #unacceptable. 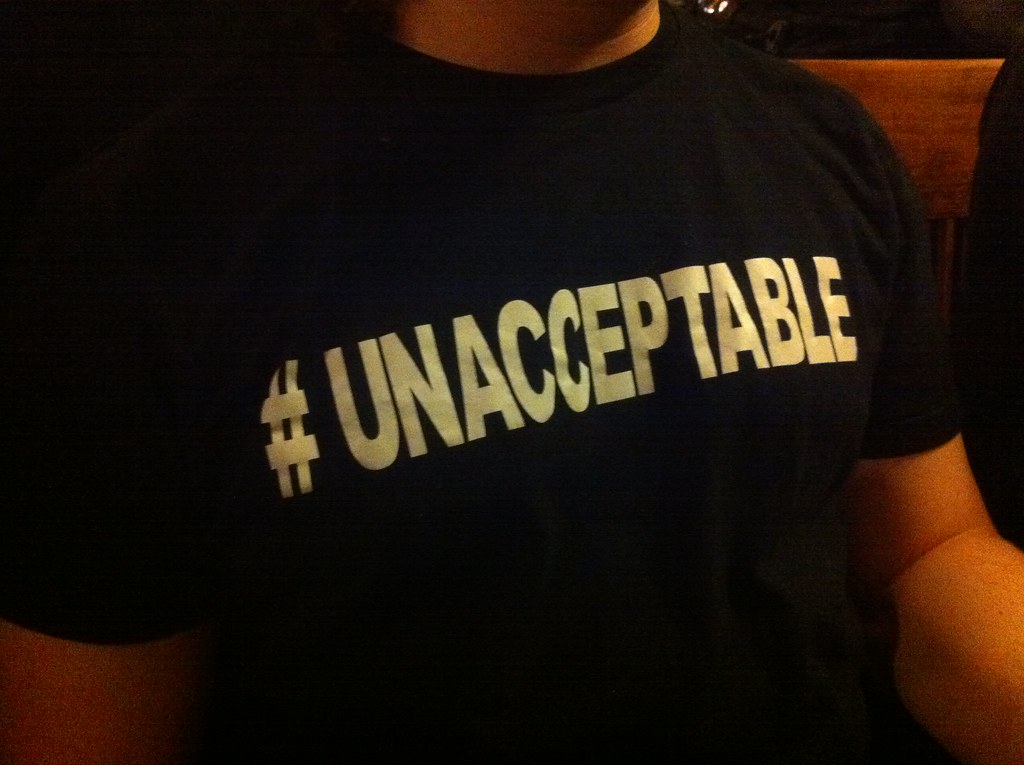 We often asked people to raise their ambitions for digital government. Normally we were talking to ministers and very senior civil servants. We tried to put this in context they would understand, especially as they weren't familiar with technology and often didn't use the services they were in charge of. We quickly learned that almost all of them did their banking online and booked flights with British Airways online.

Or "Applying for a visa to visit the UK should be as simple as booking a flight online". 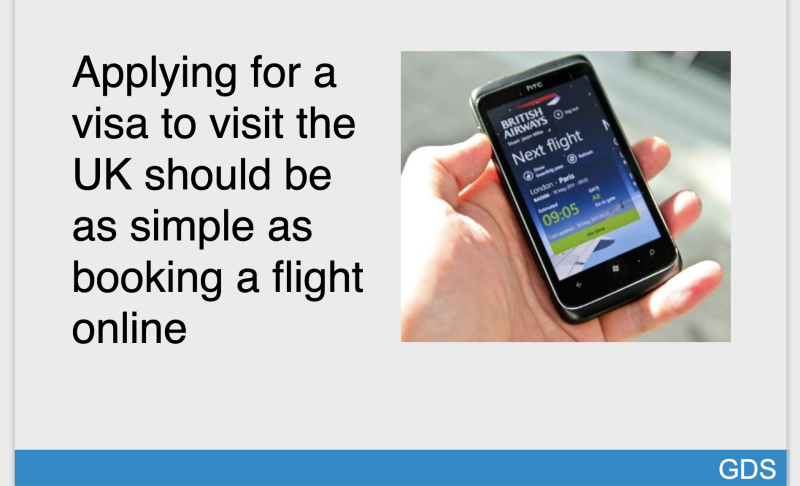 A screenshot from an early GDS presentation

Nine years on and here's a tweet from the world's most famous flight booker praising a government IT project.

As someone who spends (shall we say...) a certain amount of time with booking systems, a big shout out to whoever sorted this baby. Received a text, clicked the link, had both vaccinations sorted in minutes. Clear. Effective. Top work! pic.twitter.com/jPWFKjHyN1

Nothing to do with me of course, and not really GDS, but made by NHS Digital. All of whom are part of an established digital government community. Those teams deserve huge praise for delivering this under the tough conditions that coronavirus brings.

This feels like a narrative loop closed. I like to think that we helped raise people's ambitions and that those ambitions will forever stay very high for government technology, services and service design.

Nine years - change can be slow but often that's exactly the type of change that lasts.