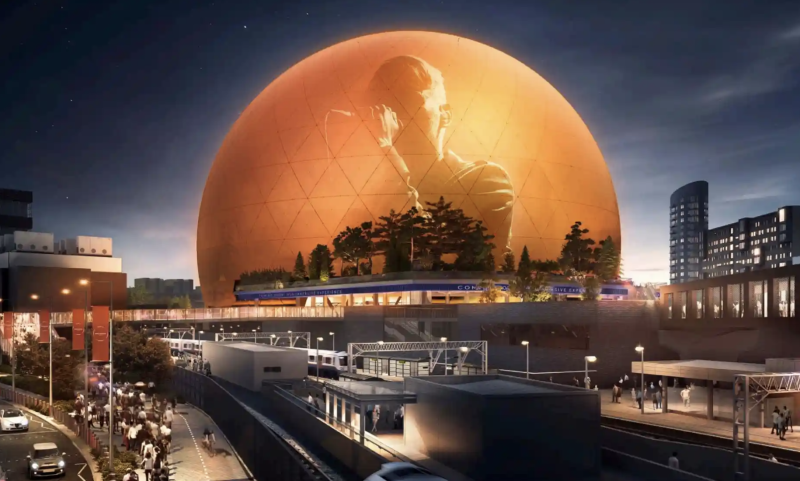 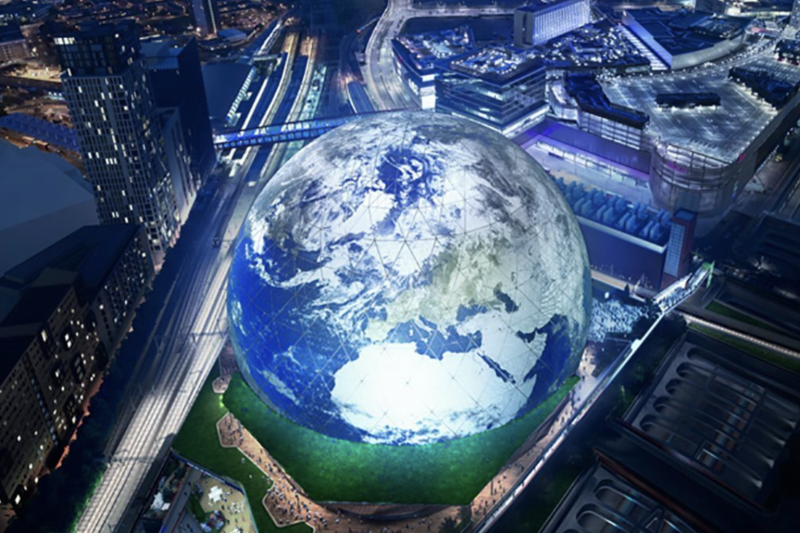 This hideous MSG Sphere thing in Stratford, London, I suppose might look quite cool if it was an animated globe or a big singer. Show the Cup final or Glastonbury or the Masked Singer or something. And maybe they'll start off like that but eventually it will be full of ads.

And not even good ads. Just a ginormous glowing ball of shit motion graphics. The planning renders never show this. 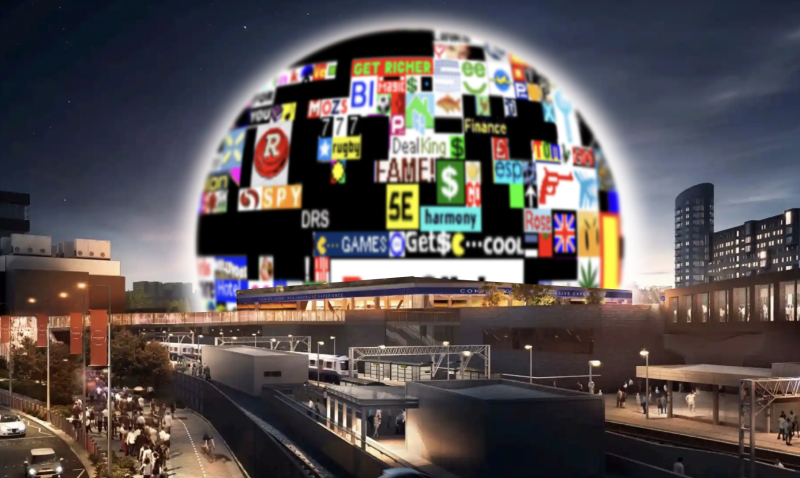 Oliver Wainwright has written more eloquently about it, Does London really need a gigantic glowing orb the height of Big Ben?

The BT Tower has had a screen for a decade or so now and (from memory) they're not allowed to use it for ads only "information". It was set up in 2010 here's what Russell said at the time.

Or have you seen the "banner" on top of the BT Tower counting down to the Olympics? It's as bright as 1,000 60W bulbs, it's visible from at least eight boroughs, it's got planning permission to be there until 2014.

Eleven years on it mostly shows a rotating BT logo but occasionally, like during the pandemic or after the death or Prince Phillip it shows "public information" messages. 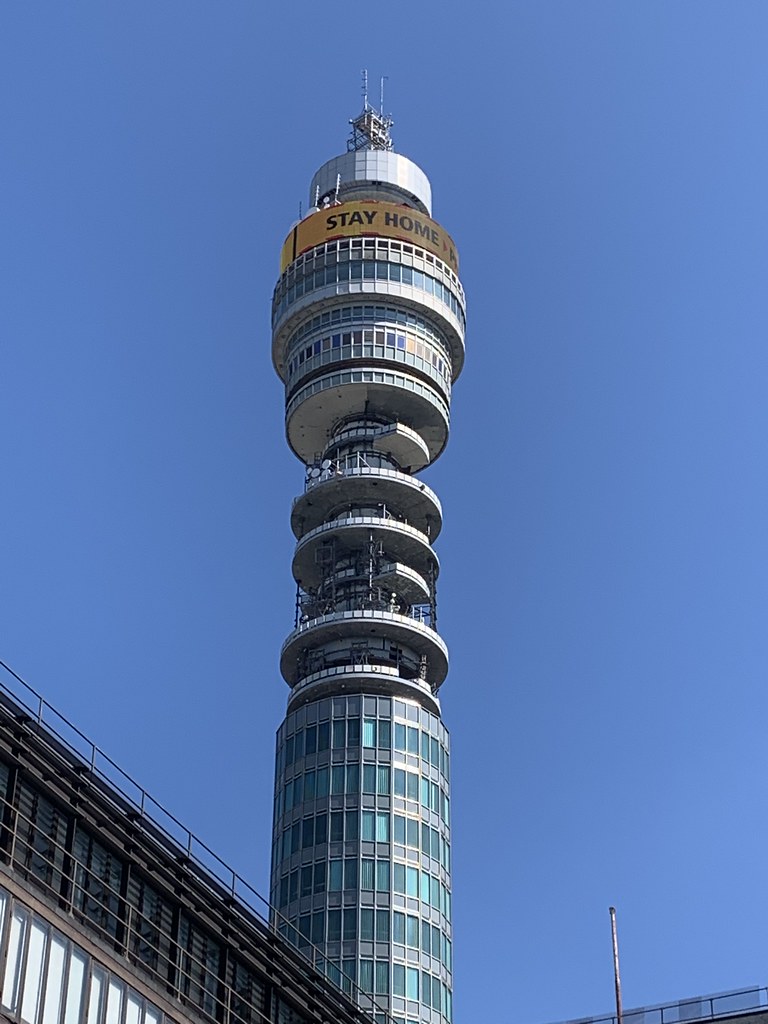 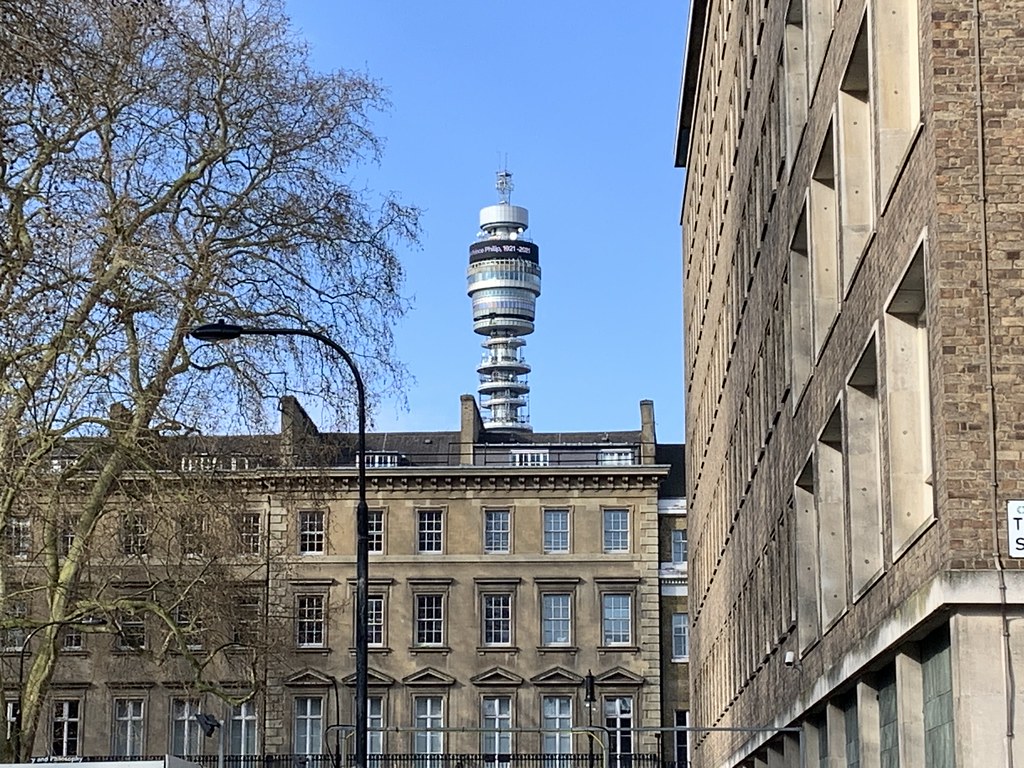 Eventually it will be full of ads.

5m high banner ads floating 70 storeys in the sky. Always good to remember that Minority Report and Ready Player One were fiction not planning permission.

I know it's too late and controversial but we need a better, more digital, empowered CABE for this kind of stuff. The National Infrastructure Commission Design Group nearly does this and they have some very good people involved but it doesn't really cover this type of stuff.