Some kind of hell on Earth 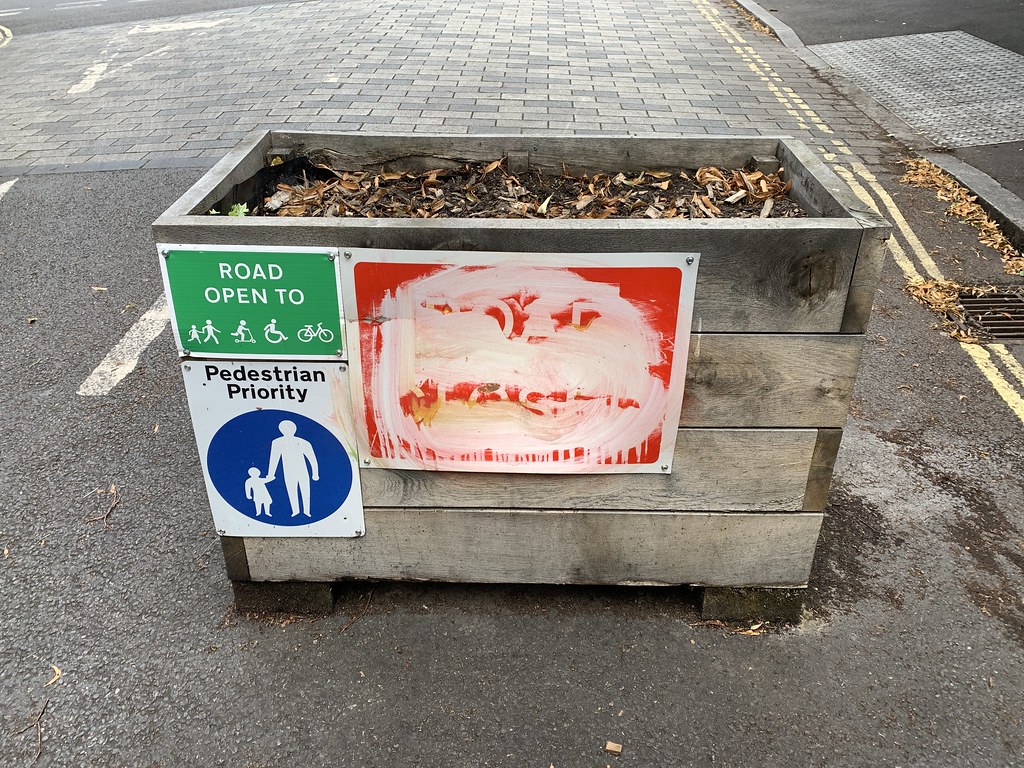 We live near an LTN, a low traffic neighbourhood. A few streets where they've blocked the roads to cars to make them go somewhere else and make it safer for pedestrians and cyclists. To encourage more walking and cycling. I'm a fan. I appear to be in a minority.

It gets vandalised regularly.

Graffiti and plants pulled up. Occasionally people try to move it with vans. One a few miles away had oil poured over it.

I can't remember another measure introduced by a council that brought about such violent opposition. Maybe the first speed cameras, but that felt less widespread. Poll tax maybe, but that's only administered by the council it was introduced by central government. That was certainly a violent protest. This is an unusually high level of hostility for a council traffic calming scheme.

They don't protest during Walk To School week.

I think in London these LTNs are primarily introduced to try and solve congestion and pollution but obviously prioritising walking and cycling over cars is also a response to the climate emergency.

Whenever I see these planters vandalised I reflect that LTNs are probably 0.001% of the change required to save the the climate, so is this one thousandth of the violent protest we are likely to see as governments introduce more measures. As governments will inevitably do that in a piecemeal and haphazard way, does that mean the violent protests become never ending.

If you react this way to a 10 minute increase to your car journey how are you going to react when a government says you can only eat meat twice a week. Or you can only heat your home to 18 degrees C. Or only fly once every two years.

At the launch of yesterday's report on the Climate Emergency, by the Intergovernmental Panel on Climate Change, Prof Tim Palmer said “If we do not halt our emissions soon, our future climate could well become some kind of hell on Earth”.