Where the streets have one name 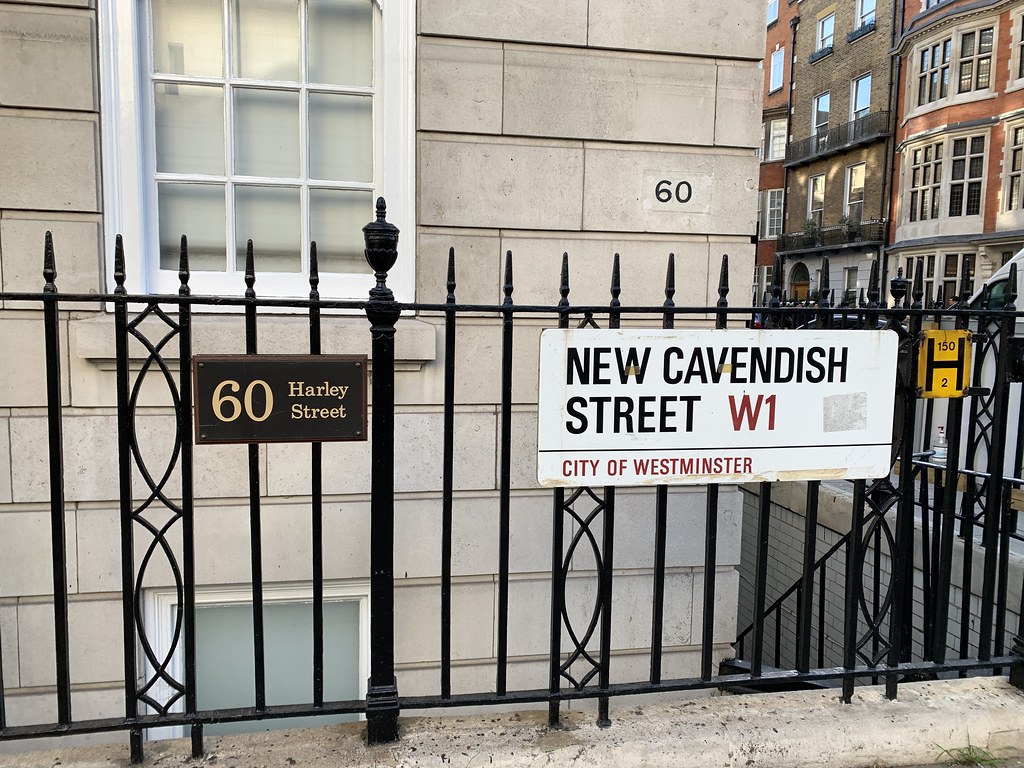 Harley Street is a good example of that wonderful London phenomenon where A Street is famous for A Thing. Hatton Garden and jewellery. Savile Row and suits. Whitehall and civil servants.

Harley Street is famous for doctors. Or as wikipedia says, "noted since the 19th century for its large number of private specialists in medicine and surgery". Harley Street is obviously a very desirable address if you're a doctor. Posh doctors of course, it's in the centre of London, up West, so there isn't an A&E or a GPs surgery. It's all private doctors and private dentists and skincare clinics. Chauffeurs waiting outside.

Looks great on the letterheads, essential for some business models. Russell has often pointed out it's a lot of fun to see how far they can stretch the concept of a Harley Street address. Turns out you can go quite a long way around a corner or a side street and still put Harley Street on the business card.

Here's a photo that captures that nicely.