(This is becoming a regular series, but hey)

In case you haven't heard, there's this lady in Westfield, Massachusetts called Ashley Kerekes. Her boyfriend gave her the nickname The Ashes. So she signed up to Twitter as @theashes.

You can guess what happens next.

Today she met the Australian Prime Minister  at the 5th Test in Sydney. She was flown there, for free, by Quantas. She's being put up in a hotel for free. She's getting free meals. She got free tickets. She's got 13,000 followers. 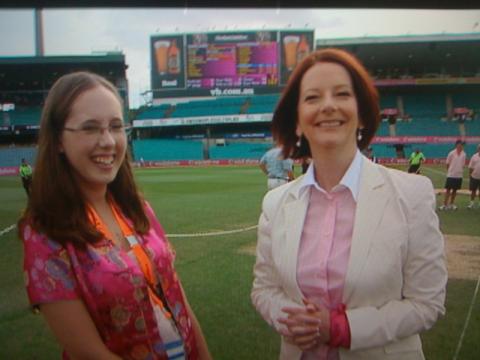 She even got to meet Aggers when she was interviewed on Test Match Special. 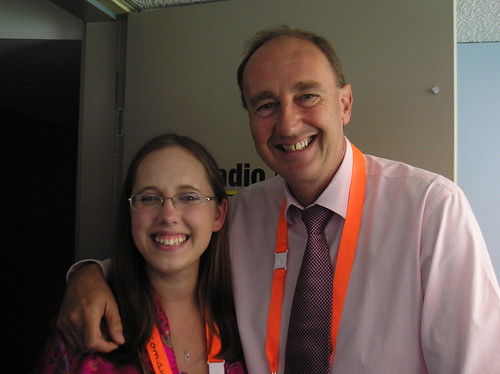 I'm not quite sure why Quantas at all are bothering. It's hasn't gained massive PR coverage, 13,000 followers isn't huge (merely Coates + Tait). But anyway, like I say, it's a thing.